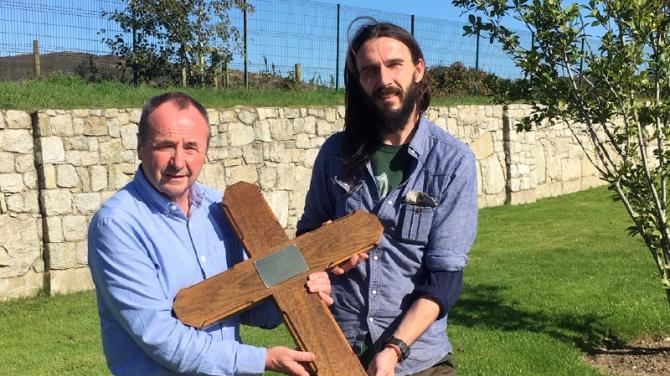 FORTY years ago on October 5th 1979 26year old Camlough man Martin Rowland was cruelly murdered, his body dumped not far from his home on the Quarter Road near what is now the Amenity site.

Martin’s killing caused great shock and fear amongst the local community, that same day Bessbrook man George Hawthorne had died some hours after being shot in Newry .

At the time of the murder, Martins step brother, the late Tommy Kelly, who lived on the Quarter Road with Martin said, "I don't know why this has happened, but Martin was an enemy to no man".

Forty years on those who knew Martin echo those words and this week to remember Martin a small memorial was placed close to the spot where his body had been found. The Memorial, a wooden cross was made by highly respected artist and sculptor Richard Kelly.