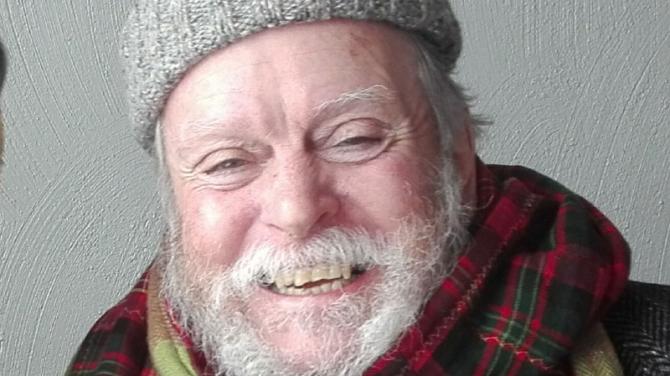 DURING the worst of the first very cold snap back at the turn of the month from October into November, two elderly human beings, a man and a woman, slept for nights-on-end in a doorway on Monaghan Street.

The two are Italian and they are trying to get stolen paperwork reinstated and then to fly back to Milano.

The couple are rough in appearance, a consequence of their lifestyle, but they are very well-wrapped against the worst of winter’s cold and are managing to survive.

Ordinary people seemed to be caring for the broken human beings in the Monaghan Street doorway.

I was one of those ordinary people and I called with them at the start of new days in early November. On beautiful mornings the orange and golden fingers of the dawn- time crept up above the eastern horizon behind the canal and river. The colours spoke of warmth and what joy for the couple when cold bones and flesh began to thaw and return to some kind of comfort zone.

As Newry temperatures dropped there was no room at any dwelling, mine included, for these pilgrims who fetched up on our doorstep.

The Jesus child of Christmas and his parents Joseph and Mary, managed to find a place in a stable with the warmth of animals surrounding but there was no stable for the homeless of Monaghan Street.

Newry is overflowing with Christians, people who pray hard to the God they hope will save them, but, in relation to the couple, the Christians who pray, offered no salvation from the cold, the wet and the freezing nights.

Let it be said, for it needs to be said, Newry’s Christians, Catholic and Protestant, and their priests and ministers, opened no door to the Italian old couple and, God knows, there are doors aplenty leading on into places of warmth and security.

The truth is that organised religion in Newry is a contented religion that will not allow the festering sores of cold and hunger, to impinge on their episcopal comfort zone; they consider themselves to be a holy people of a holy God.

But dear friends it is all rubbish, as nothing, if we study the Bible and bow before golden tabernacles of Catholicism, and fail a homeless and suffering people.

We look out on a valley of great human need from behind the doors and windows of our warm and dry homes and warm and dry parochial houses, parish centres and churches and chapels. We are a nothingness of people, “nothingness” being the collective noun for those who claim love and do nothing about it.

A solution must be in there, somewhere, in the story of Jesus’ kindness of 2,000 years ago.

I encourage the priests and ministers of Newry to look to America and to the church in San Diego that opened its night-time doors to the poor. Problem solved in the moment of greatest need.

But in Newry, darkness and the cold of the night-time, brings with it the locking of church doors that Jesus would ask us to open.

Exclude from all of this the incomparably magnificent Saint Vincent De Paul Society. They hold dear that “edge”, that call to action, that Jesus demanded and they continue to do so week-in and week-out. They observe, they seek, they visit the poor, they listen to their miseries, and they give them money for food and for heat.

But there is no “liberation theology”, no action for God, in the officialdom of Newry’s religions. It simply does not happen.

So, let us think outside the box and go for a medieval solution. I recommend to the broken and needy, those who endure the weather of the night, a hopeless people, that, at the time of their greatest need, they move into the Cathedral on Hill Street, the Dominican or Saint Mary’s on Hill Street, and claim sanctuary there, against winter’s worst.

The priests and the ministers may not welcome you but, be assured, Jesus the God of Love, certainly will.

Please, I suggest that those who care, and there are many, that we should commence the conversation that will lead to action, that will in turn, lead to an end of homelessness in Newry. The churches and the politicians should be in there with the rest of us and together we would begin to move forward into a place in which we will care for the broken and the homeless.

Advice, guidance and manpower may well come from Brother Kevin of the Capuchin Homeless Centre in Dublin, from the Simon Community and from Focus Ireland.

But this for sure, between now and next winter we must put in place a system that will make old people sleeping in doorways a thing of the past.

Brother Kevin has shown that it is possible. All we need is the will to act.