Having a laugh for the Brain Injury Foundation 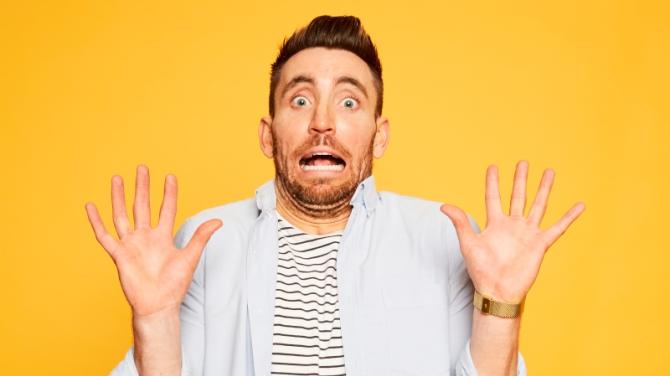 IF you’re after a cure for Blue Monday and fancy helping local disability charities at the same time then look no further than a side-splitting night of comedy in Newry on Friday, February 8.

‘Laughter is the best medicine’ will showcase the talents of some of comedy’s rising stars, including MC for the night Ryan Hand who will be flying in from London for this special charity event in his native Co Down.

Joining Ryan will be award winning comic Rory O’Hanlon, a familiar face on Irish television and a firm favourite at comedy clubs across the UK and Ireland, as well as the “West Belfast Taxi Driver” Paddy McDonnell - described by Jason Manford as Belfast’s answer to Kevin Bridges.

Adding some mystery to the night will be Rodd Hogg, fresh from his hit Sky TV show ‘The Irish Magician’. Specialising in close-up magic, Rodd is one of the most sought-after performers in the country.

Proceeds from the event will go to help local people with disabilities who are supported by Head Injury Support Newry and Employers for Disability NI.

Gabrielle Fitzpatrick of Employers for Disability NI said: “This promises to be a night to remember in Newry bringing together some of the freshest comedy talent on offer.

“January can be a bleak time of year for us all - so when pay day eventually rolls round at the end of the month when not grab a ticket and join us for a night of guaranteed laughter?

“It’s all in-aid of local charities that support vulnerable people with disabilities so hopefully that will add to the night’s feel-good factor.”

Anne Murphy of Head Injury Support said: “We find that laughter and craic is central to the recovery of people who have been affected by a life-changing, traumatic event such as a severe brain injury.  By attending this event you will be supporting us to improve the lives of many.”