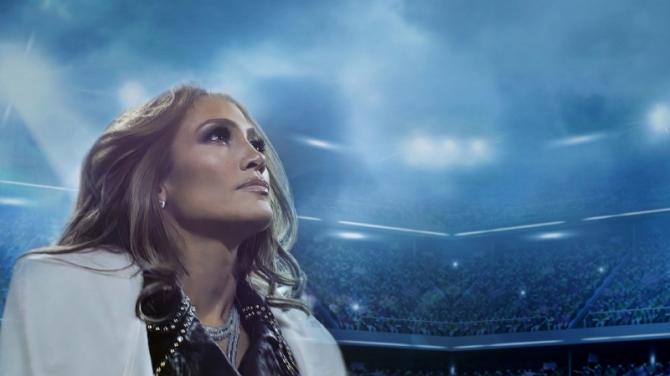 HALFTIME offers an intimate peek behind the curtain revealing the grit and determination that makes global superstar Jennifer Lopez. The film serves as the kickoff to the second half of her life, as she lays bare her evolution as a Latina, a mother, and an artist, taking agency in her career and using her voice for a greater purpose.

Renowned actor and comedian Rowan Atkinson plays a new character in this riotous comedy. When lovable, but bumbling, dad Trevor lands a new job as a housesitter, his first assignment is a luxurious mansion filled with priceless artwork, classic cars and an adorable dog called Cupcake. But when a bee lands on the scene, can Trevor keep everything under control, or will their raucous rivalry just lead to increasingly disastrous consequences? And what irreparable damage will be done in the process? See the chaos unfold in this watch-together zippy comedy series of short-sized episodes. https://youtu.be/YQ1vN_91KO0

The Emmy-nominated series about a dysfunctional family of superheroes returns for a new season. Stars Robert Sheehan

This new reality show takes a bunch of clueless "kidults" who aren’t yet living to their full potential and puts them through their paces at a wilderness survival retreat to try and kickstart them into standing on their own two feet. The back-to-basics camp is a rude awakening to just how pampered their lives have been so far. At stake is a transformative cash prize for the lucky winner. There’s no running water, no parents to wait on them, and, worst of all, no Wi-Fi. But, by connecting to nature, they’ll learn to graduate as fully-functioning adults.

Thieves overtake the mint of a unified Korea. With hostages trapped inside, the police must stop them — as well as the shadowy mastermind behind it all.

Lina makes a promise to her sick mother that she'll spend the summer before college in Rome, where she falls for the city, the people — and the gelato.

The Man from Toronto

A case of mistaken identity arises after a screw-up sales consultant and the world’s deadliest assassin—known only as The Man from Toronto— run into each other at a holiday rental. With Kevin Hart and Woody Harrelson

With the help of industry experts, this innovative docuseries examine new and emerging technological trends to imagine revolutionary possibilities.

The Hidden Lives of Pets

Bow wows and purr-fect pets! Meet amazing creatures from around the world and dig into the latest science on our animal friends' senses and skills.

Sparks and feathers fly when a teenage Red, Chuck, Bomb and Stella spend a wild summer together with other Angry Birds at Camp Splinterwood!

To clear his son's mother's debt to a cartel, a superbike racer becomes a drug courier, risking his chances of going pro — and jeopardizing his own life.

To save her job, a dog-fearing, career-minded woman must travel to Kraków, where she meets a charming widower, his son and their four-legged best friend.