Shortage of teams in Carnbane League 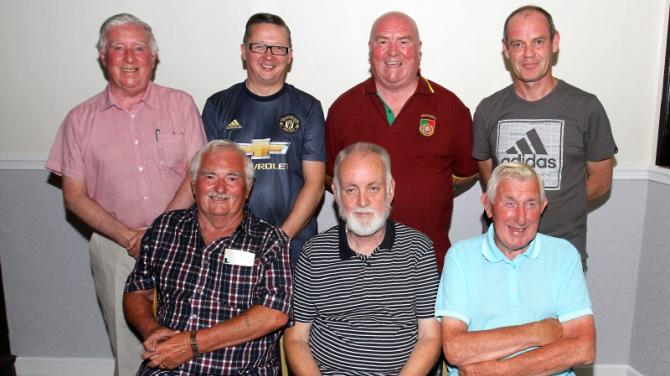 THE Carnbane League’s Brian Naughton bemoaned the falling number of teams in the league at the Annual General Meeting at McGuigan’s Bar on Saturday afternoon.

At the 50th AGM the registration secretary informed the well-attended meeting that it was worrying.

At the end of last season Kilkeel Athletic called it a day. But Dunaman, another team from the the Mourne town, formerly a youth club, have requested to take their place. Yet there may only be 18 teams in the Carnbane League next season as Ashgrove Rovers have not confirmed they will be participating.

Brian also informed the delegates that the new season will bring a new Football Management System (FMS) which it is hoped will make many facets of football administration easier for administrators and secretaries.

It stated in the FMS that old amateur registration and transfer forms R6 and R9 will not be accepted. The IFA want all clubs, senior and junior, to register players online and that forms would not be handed out as per usual at the AGM - and that secretaries will need to download them from www.irishfa.com. Brian told the delegates that the system will take a while to understand and get used to.

Brian also told the Carnbane League representatives that the league will share Willie Davis Park, Derryleckagh with Windmill Stars. But he said the council assured them that they will give preference to the Carnbane league. However, Brian stressed that only the Windmill Stars senior team will have the use of Willie Davis, not their Reserves, under 20 or youth teams.

He said the council are intending to bring the ground up to Intermediate standard with a perimeter fence to be installed along with dug-outs and new changing rooms. He also said that in the near future the council have told them that the two pitches at Jennings Park too are to be upgraded with hopefully 3G and floodlighting installed.

The Carnbane League will start with the Kennedy Cup on Saturday August 4. Teams such Cleary Celtic, Ballyholland FC, Villa Rovers and Rockview United will feature on the first Saturday. Also at the start of the new season there will be no mid-week league games.