Coleman: 'I'll fight for my jersey' 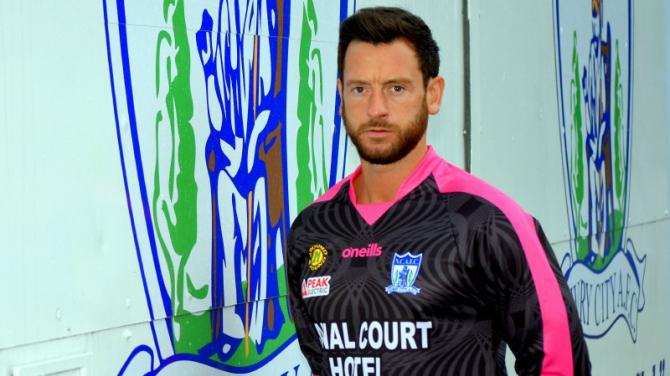 DARREN Mullen made a late signing of goalkeeper Andy Coleman on Saturday morning.

Coleman returns having served as the number one netminder when the club was last in the top flight.

Mullen has insisted that he wants strong competition for places and Coleman's signing bares true to that theory and he insists that he isn't expecting to take the number one jersey from Stephen Maguire.

“I am delighted to be back and I can't wait to get going, get down to training and getting my sharpness back because I was away on holiday,” said Coleman.

“Stevie Maguire did a great job in the play-offs last season and in pre-season this year, so I have no right to walk in and take anybody’s place on the team. I will have to earn my position just like everybody else.

“What I have done before and where I have played is not relevant, it is about being here and now and Darren will pick who he thinks is best. If he goes with Stevie at the start then I will back him 100 percent and vice versa, if I get the nod I expect the same in return.”

Coleman has been a top keeper in the Premiership with Glenavon and Dungannon over the best part of the past decade and he admitted it was sad to leave the Swifts but praised the club for allowing him to return to the Showgrounds.

“It is something that came about rather quickly and the travel was beginning to take its toll. It was sad to leave because I know if I had stayed I would have been starting for Dungannon,” Coleman said.

“But they always gave me their word that if Newry ever got back up [to the Premiership] that they would let me go and it is a measure of how good a club they are that they stuck to their word. A lot of clubs would have dug their heels in but we had an agreement and they stuck by them.”

And Coleman feels that Newry City are well equipped for the Dankse Bank Premiership and that they could be the surprise package of the new season.

“From and outsider looking in this is a free dig for Newry City this year because nobody was expecting them to get so far as they have done so soon. So Newry have to be going in with the attitude that they need to keep doing what they have done so far,” said Coleman.

“There is no point being afraid of anybody because there is plenty of Irish League experience in that changing room.

“I don't see anyone in our team having any fears and our job will be to win as many games as we can and see where that takes us.”

Both Coleman and Maguire will be pretty in pink following the unveiling of the new jersey's and Newry City boss Mullen is delighted with the new kits.

“We are delighted to link up with O’Neills for the next three years,” said Mullen.

“They are a company renowned for quality and the fans seem impressed with the new kits. The fact that O’Neills have a major store in the City where the kits will be on sale as well as our own club shop makes the partnership a perfect fit for everyone involved.”

NCAFC would also like to thank everyone who attended and supported our kit launch in O’Neill’s on Friday night.

“We can’t wait to see everyone modeling their new jerseys when the season starts next week.”

“The new kit has stayed true to the club’s colours of classic blue and incorporate a lightweight and moisture management fabric to keep the players cool, dry and comfortable whilst on the field. We look forward to strengthening the partnership with the team and fans in the years to come.”

And the NCAFC Club shop will be open this Tuesday and Thursday night 8-9pm with new kits on sale. Bus tickets for Newry's first NIFL Danske Bank Premiership fixture will also be on sale in the club shop. Adults: £12 U18s £6. The bus will be departing from the Stonebridge at 11.15am on Saturday (August 4).