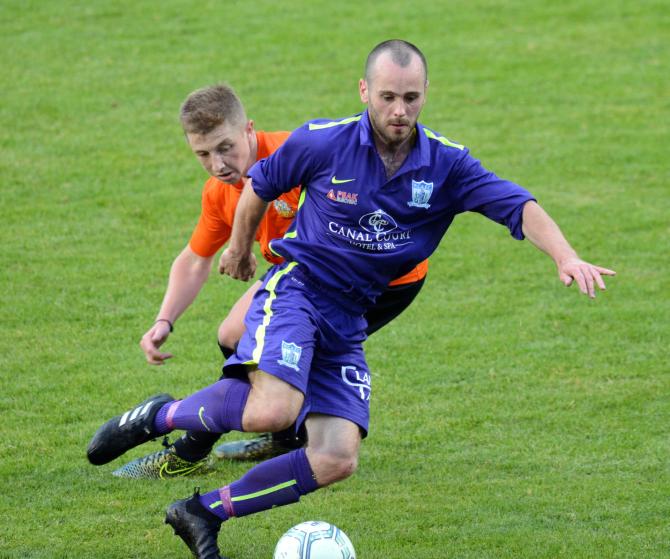 He will be with the club until the end of the season, although the Lurgan Blues have the option of recalling him back to Mourneview Park in January if required.

The 20 year old came off the bench to feature in the game between the two teams at the Q Radio Arena on Saturday past. He also came on as a sub in Glenavon's first game of the season against Linfield.

Norton is one of the latest hot prospects to have emerged out of the Glenavon Academy. Regular first teamers and Northern Ireland U21 internationals James Singleton, Rhys Marshall, Mark Sykes all made their way through the ranks.

And, after a break-out season in the Glenavon first team last term following a spell at Knockbreda, Bobby Burns moved to SPFL outfit Hearts.

Glenavon boss Gary Hamilton told his club's website that he hopes that he can follow in Burns' footsteps.

“We saw the benefit (a loan move had) for Bobby Burns; he came back and was an ever-present in our team,” said Hamilton.

“Robbie’s the same; he’s somebody I have high hopes for and I genuinely do believe when he comes back from his spell at Warrenpoint, whether it be in January or at the end of the season, he’s going to become a midfielder who will play a massive part in Glenavon’s future for the next three to four years minimum.

“From a selfish point of view I’d obviously like to keep him but, if I’m doing right by the lad and by the club it’s better for him to spend four months playing football. As I see it we’re going to reap the benefits from that as we did with Bobby Burns.”