McDonnell 'Time to join the Bandwagon' 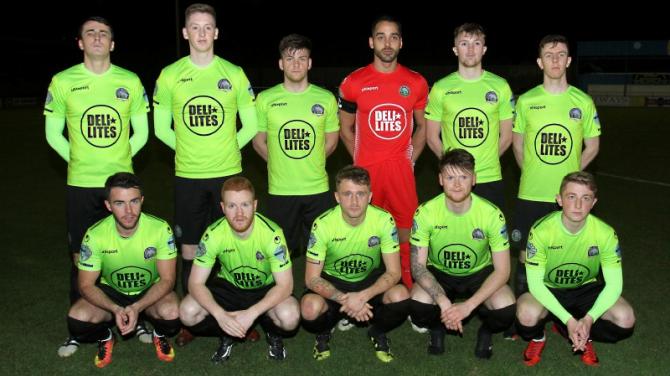 WARRENPOINT manager Stephen McDonnell says that everyone is welcome to cheer his team on as they aim to reach an Irish Cup Final for the first time in their 30-years of existence.

The Seasiders go into Saturday's game against Championship side Ballinamallard as favourites and while they won't underestimate the challenges of the Fermanagh side anything less than a win would be a huge disappointment.

“If if it is a case of jumping on the bandwagon for the occasion then this is it because the lads deserve their support and together we can make it a great day out for everyone,” said McDonnell.

“I won't have to say an awful lot to the guys during the week in terms of motivation as they know this is a great chance to reach a Cup Final. We are looking forward to it.

“With all the respect in the world Ballinamallard are a Championship team and we are an Irish Premiership team so it is a game we should be winning.

“We won't take anyone for granted but my lads will be gutted if we don't win on Saturday. This is a massive opportunity to get to an Irish Cup Final and the guys will feel horrible if we don't take it. “We have a target and that is the final and we will doing everything within our power to get into the final, it is an occasion that we will enjoy as a group and as a club and it is something we want to share with the fans.”

Confidence is high after the weekend result but the Point boss admits it took time, given the injuries to Alan O’Sullivan, Fra McCaffrey and Marc Griffin.

“With so many of our player out injured it has taken a while for some of the players to get up to match fitness and for us to get the balance right with players playing out of position but I feel that we are getting there and perhaps we are starting to find that balance at the right time,” said McDonnell.

“We beat Larne, Ards and put in a good first half performance against Crues and then beat Ballymena.

“We lost four of our senior players in a ten day period so it has taken a while to recover from that. It just took a bit of time to get back to where we want to be at.”

And the ‘Point boss must take huge credit for getting the team so far and he is deighted with the progress made this season.

“Much was said at the start of the season about my age and then us losing our six opening games in a row but I knew that the players would buy into what we are trying to do,” said McDonnell.

“It has been remarkable, we are virtually safe on a 13-point cushion with five games to play, so we are in a good position in the League and that was our main priority and we are lucky enough to be in with an opportunity to play in an Irish Cup Final. And we also have the Mid Ulster Cup Final, which represents an opportunity for silverware.

“If we to get to the final, and to get to two finals and stay up relatively comfortably until the end, then I don't think we could have planned for a better season.

“Especially for a club like ourselves. People think we are established but we are not, it is only really our fifth season in the Premiership, so it has been a very successful season regarding how small a club we are and the resources along with everything else.”