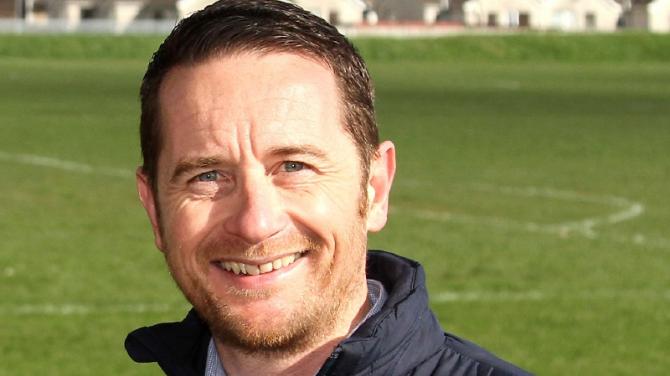 Steven McCavitt came off the bench to score the only goal of the match at Ferney Park as City collected the three points.City manager Mullan said he was pleased with the efforts of his players: "We played well in the first half, and the message was to keep doing the same thing in the second.

"Steven showed a great touch for the goal, and this is a tough place to come, so to come away with the win was very satisfying.

"This year we have had plenty of possession, but just not been taking our chances.

"We are missing four or five players and we do need bodies back soon."

Newry impressed with their build-up play, but failed to deliver where it mattered most for much of the game and the Mallards came closest to breaking the deadlock when Jason McCartney hit the outside of the post with his free-kick.

Newry should have taken the lead earlier but Adam Foley headed narrowly wide and Stefan Lavery had his attempt saved by the quick thinking keeper John Connolly.

But with seven minutes of normal time remaining, McCavitt fired in the winner to give manager Darren Mullen a well-deserved win, to mark his 250th game in charge of Newry City AFC.

And Mullan said he did try to just treat Saturday as only another game, but his milestone was never really far from his mind.

"You do try to put the emotion of being in charge of the team for 250 games to the back of your mind, but it's been great to get there nevertheless,” said Mullen.

Seven games in and Newry are nine points behind League leaders Loughgall and five points above basement side Knockbreda.

So Saturday’s result ensured City put another three points on the board in the Championship ahead of their next League game on Saturday when they entertain Dergview.

Before that, this evening (Tuesday) however it's the Mid-Ulster Cup meeting with Moneyslane.