Mullen: Saturday will be Fan-tastic 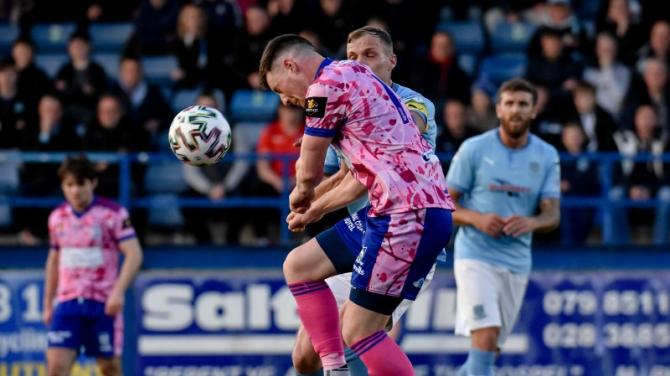 NEWRY City manager Darren Mullen praised his singing fans for their support this season, especially in Mourneview Park for the Irish Cup semi-final on Tuesday night and says that they will get their reward on Saturday, for the party.

Darren King will lift the Championship trophy on Saturday, providing they don’t lose 16-0, and everyone is invited to share in the celebrations at the Showgrounds. Newry play Dergview in the last game of the season at 3pm.

And the City boss is proud of the Blue and White Army.

“I couldn’t hear David Jeffry with the crowd being so long. It is a Tuesday night and you have a Champions League, our local Carnbane League games on and it is a credit to the people of Newry coming out in their numbers to do that,” Mullen said.

“That is what has been happening, it has been growing and growing, when you are playing well and winning, but even when we went to Ballinamallard last week, they were singing away and they have been brilliant for us. It was great to see that tonight, especially on TV and people can see that Newry are on their way up.”

The Newry support, the drums, the chanting, the banners and sheer numbers has been impressive this summer and even when results haven’t gone Newry’s way, the support hasn’t been found wanting and Mullen doesn’t take that for granted.

“That’s when you know your true fans, when things are going well, so I have to give them massive credit,” Mullen said.

“The reward that they will have is on Saturday when we go to lift the league title and see the joy in their faces and that will make up for tonight (Tuesday).

Had how long is the party expected to take?

“At least three days, bearing in mind I’m turning 50 this month, so as long as I can manage it,” Mullen said.

No better man, enjoy the occasion.