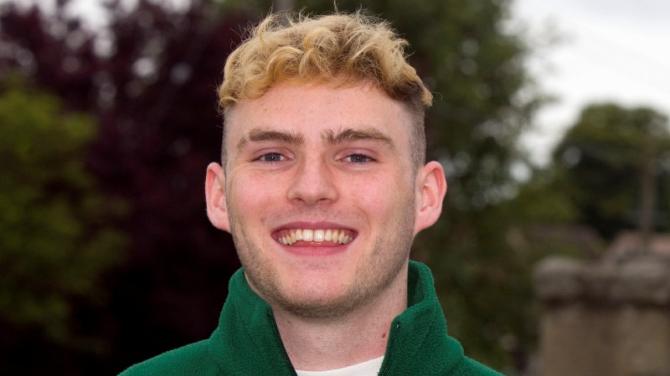 NEWRY'S Kick Off Football Film Festival takes place over three days this weekend, which is going to be an event like no other, at the Showgrounds.

Newry's Northern Ireland and Aston Villa goalscoring hero Peter McParland will be in attendance on Friday night (July 22) at 8pm, for the screening of Evan Marshall’s Spirit of '58, which tells the story of the Northern Ireland football team at the 1958 World Cup in Sweden.

Whitecross film-maker John Reavey gets Saturday's event underway at noon, with his short film: 'Why are there no gay footballers?' And this will be followed up with a question and answer session.

The film is even more personal for Reavey after he recently came out on Twitter.

I caught up with the Reavey, who earlier this year showcased the magnificent Reavey Brothers short film and he said he felt he had to open up about being gay to stay true to Saturday's subject matter and to inspire anyone struggling with their identity.

“Anyone who knows me personally already knew the craic, but I am doing this event on Saturday and I was thinking it would be difficult for me to be in a position where I am trying to encourage people to be themselves when in reality I wasn't 100 percent confident in doing it myself,” said Reavey.

“You have got to practice what you preach and to put it out there for everyone. I put the message across and I hope to inspire some young people from the area.”

The film festival is the idea of friends of Ally McKenzie, Gareth McCullough and James Irwin and Reavey is looking forward to showing his short film.

“Ally [McKenzie] has been dictating the scene in Newry for so long now and he has probably been working on this project under covers and I am super excited to see what he is bringing to the table,” said Reavey.

“We are going to be screening a really important topic about equality in football in the LGBQ community.

“It is going to be raw and authentic and it will definitely be a unique experience for any sort of film lovers or anyone interested in football.

“I am excited to get chatting about it, because I worked in football for two or three years and I have grown up as a massive football fan and I have never heard of a LGBQ player, and that was part of why I struggled with my own identity.”