CONFIRMED: Tally is new Down boss 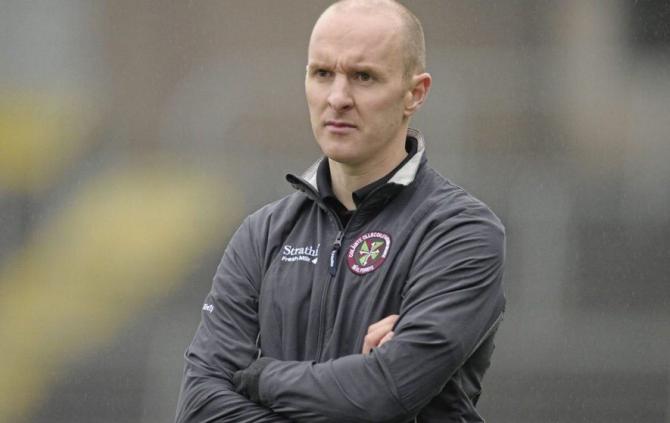 PADDY Tally has been confirmed as the new Down senior football manager.

The Down GAA County Board have ratified the Galbally man as their new boss, taking over from Eamonn Burns who stepped down from the position after the county's championship campaign.

Tally wsa previously involved with the Down set-ups under with both Ross Carr and James McCartan, including during the run to the All Ireland Final in 2010.

His most recent assignment was with the Galway senior football management during the 2018 league and championship campaign. He also notably led the St Mary's College team to their exceptional Sigerson Cup success in 2017.

He was the trainer with the Tyrone side that won the Ulster and All Ireland breakthrough victory in 1993, and has since developed a reputation as one of the GAA's most innovative coaches.

Benny Coulter needs no introduction. One of Down's most celebrated footballers, he won an All Ireland Minor title in 1999, an Allstar in 2010 and a number of county titles with Mayobridge.

Gavin McGilly was joint manager of the Moy side that won this year's All Ireland Intermediate Club title. He and Stephen Beattie have worked with Tally at St Mary's and are both former coaches with the Ulster Council.

The appointment was welcomed by Down GAA Chairman Sean Rooney. He said, “We wish Paddy and his team well, we promise them our full support and we hope that everyone can now work together to herald a new awakening for Down football.

“Paddy's reputation and record as a coach and manager were important factors in our choice and we are delighted that he is now on board.”

There will be further coverage of Tally's appointment in Tuesday's edition of the Newry Democrat.