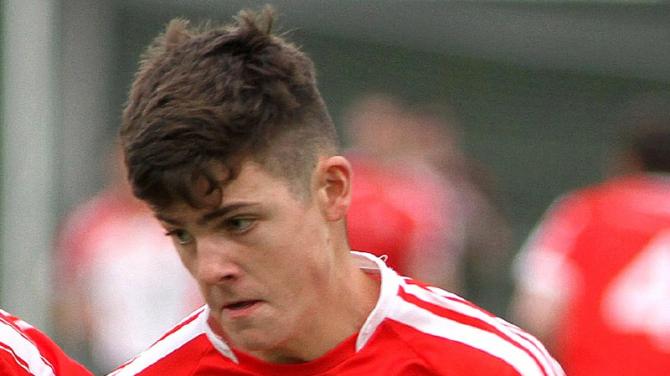 A LAST-GASP Paddy Heaney point gave Newry Mitchels a passage into the next round of the Down Junior Championship.

At a wind-swept Tullylish on Thursday evening, in the dying seconds of the game and with the sides all square at eight points apiece, the tenacious half-back kept his cool to fire over the Saints’ bar to thus earn his city side a place in the second round of the Championship. And indeed Mitchels are the only Newry side left in the Championship, and that includes the Senior and Intermediate competitions as well.

It was a superb performance from Marty Boyle’s boys. Keeper Conor Hanna was safe as houses under the high ball with the full back line of Conor McCartan, Brendan Allen and Cillian McLogan solid as rocks.

In the midfield Shane Cooney played a skipper’s role - along with his brother Shannon.

Although in truth this was an incredible all-round team performance, especially when considering the Mitchels’ club were on the verge of pulling out of the league six months ago.

At the break the sides were all square at five points apiece and there was little between the sides until that vital Heaney score. Other Newry marksmen were Shane Cooney and the impressive Sean Tierney with frees while, of course, the accurate Eamon Pollock got on the scoreboard too.

All 15 starters did the business and when Mickey Heaney and Conor Sloan had to come off the park with injuries, substitutes Eoin Flynn and Gerard Fitzpatrick went on and both had blinders.