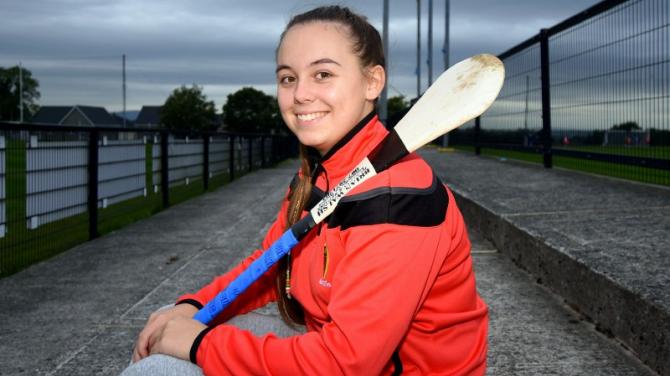 DOWN captain Fionnuala Carr is confident that her team can upset the odds and win the Intermediate All-Ireland when they face Cork on Sunday.

They are a team that almost slipped into the Division Three earlier in the year, but a sheer reluctance to lie down, as well as wonderful camogie skills has propelled them to Sunday's (September 9) All-Ireland Final in Croke Park at 2pm.

Down teams have always possessed class, but this season they have garnered a different type of conviction, where they will battle to the bitter end and they have gotten their rewards. And feels that the standards and expectations where set in training.

“I think the attitude that we took with having a small panel - you go and you train hard,” said Carr.

“I think the character building came on the training field. We knew we had a good team on paper it was just getting that out onto the field.

“The first day against Armagh people were tipping Armagh against us in the Ulster semi-final and we went out and we performed well.

“That gave us a confidence boost, then we went out against Derry who were probably the favourites to win the competition overall.

“When you can go out and perform and compete against Derry and win the Ulster final.

“To go out two weeks later it’s always hard to play that team again so soon after and while we didn’t play as well we still came out with a result. We went ahead and probably could have snuck a win but we managed to get a draw out of it and that gives you confidence.

“There’s great heart and great camaraderie in the group and that’s something that’s been missing these last few years.

Indeed Down manager Martina Rooney feels that this team have answered all the critics.

“Our character has been questioned all year, even after the Ulster Final when we went down a couple a points in it they kept plugging away,” Rooney said.

“The heads haven't dropped on too many occasions this year but there is a real grit here and when you have leaders on the team such as Sara Louise Carr, Paula Gribben and Fionnuala Carr, you always have a chance.

“You have Alannah Savage who have been great this year, so we have players that can grab the game by the scruff of the neck and maybe make the tackle, or dispossess a player or win the ball they had no right to win. That is right through the team and we have so many leaders on the team and when they stand up the test of teams follow.

“Even against Laois, Fionnuala was having a poor enough game by her own standards but by God she stood up and caught ball and passed balls and she was the catalysts that give us the chance to drive on and win by five points.

“And when you have players like that in the team then you always have a chance.”

Continued inside on pages 54-55