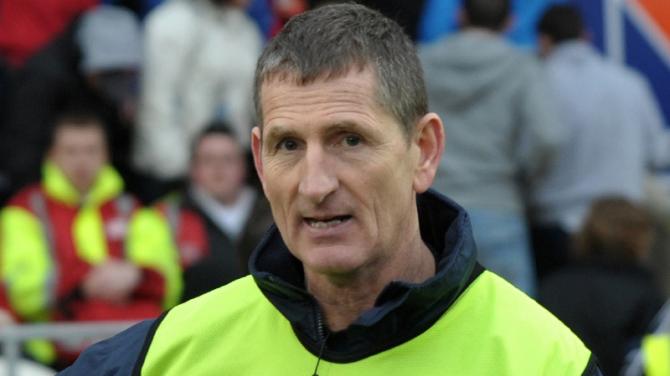 BURREN manager Paddy O’Rourke is convinced that it is his side who should be preparing for an Ulster Club Championship Final, after Ryan Treanor was denied a stonewall penalty late in the game.

Scotstown had the upper hand for much of the game but 13 first half wides meant that the Monaghan champions led only by three points at the break. They stretched that to five before Burren replied with six points in a row. It was then substitute Treanor looked to be cleaned by two Scotstown defenders.

“It was a certain penalty and the referee was the only man in the ground that didn’t think it was a penalty,” said O’Rourke.

“Two men pulled Ryan down in the square how could it not be a penalty?

“And that is what makes the defeat even more frustrating and hard to take. Because we were on top then. They didn’t like us running at them and if we had got that penalty we would have won the game, I have no doubt about it.”

The Burren boss wasn’t happy with how his side performed in the first half but feels that his men had done enough in the second half to turn the game around and to go on and win.

“I am obviously very disappointed because we didn’t play near good enough to what we expected in the first half,” O’Rourke said.

“We had worked on a plan with our kick-outs but it didn’t work out, and I am disappointed to be out of the Ulster Championship.

“The subs came on and played well as they have done all year and football is no longer about the first 15 players and that is why I had great hopes for this team.”

Indeed the Burren boss felt that his side was being given the underdog tag too readily, and he feels that his side could have been contesting the Ulster Club Final in December.

“Yes, it was a good season to win the Down Championship and League double but I felt that there was a lot more in this team and we could have gone much further in Ulster,” O’Rourke said.

“I couldn’t understand why we weren’t being given much of a chance today because we have a great squad and I believed we had a great opportunity of going the whole way and winning the Ulster title and to lose today after a decision like that makes it even more difficult to take.”