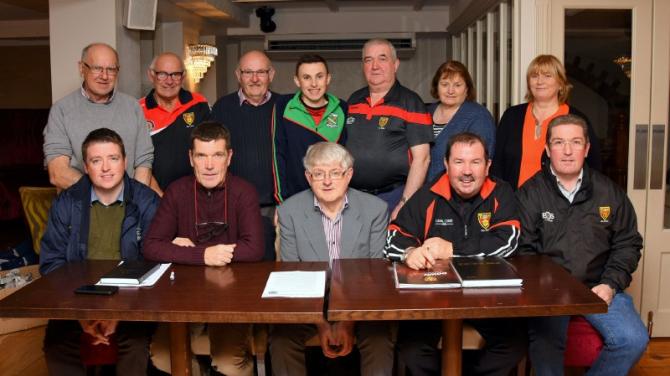 History was made when 19-year-old Eamonn O’Hare from Kilclief was elected on to the committee last week.

Eamonn is the youngest male ever to be elected in the clubs 33-years existence.

The youngest female to be elected onto the committee was 18-year-old Mairead Sheppard a few years ago.

Four Down players were honoured in recognition of long service to the Down senior team and between them they played over 40 years.

The Supporters Club also made a presentation to Micky Linden, who was inducted into the Gaelic Writers Association Hall of Fame.

This award to Mickey was made by the County Board chairman Sean Rooney.

The chairman, Seamus McClean, wished the new manager Paddy Tally, along with his management team Gavin McGilly, Stephen Beattie and Benny Coulter all the best in their new roll in the year ahead and said the club are looking forward to the McKenna Cup starting at the end of December and the Allianz National League, which starts at the end of January.