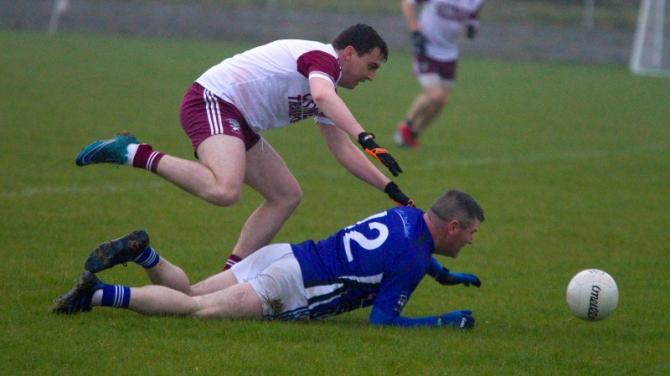 The suburban Newry side had a difficult year last season after 12 of the 15 players that competed in the 2016 Junior Championship Final left the side.

This year however they couldn't have asked for a better start, after a few of those players returned and more of the Minor team progressed into the Senior squad.

Played in the driving rain it was entertaining contest, both teams played nice football, which belied the conditions, especially in the first half but as the light faded the game became scrappy.

David Murphy, Phelim Finnegan, Liam Quinn and Ryan Courtney all chipped in with 12 first half points but Newtown's late rally of 1-01 before the break (0-12 to 1-07) lead only two points between the sides.

Ryan Courtney (1-2) was excellent for Corrinshego and his second half goal proved to be the difference at the end of a dark and scrappy second period, which pleased the Corrinshego boss Karl Kimmons.

“I knew it was going to be a battle because Newtown have a big squad this year but we were prepared for it and we delivered on the night,” said Kimmons.

“The first half was probably the best football we have played all year and we couldn't have hoped for a better start to the season, but we will just take each game as it comes and if we can win our home games then we shouldn't be to far away.”