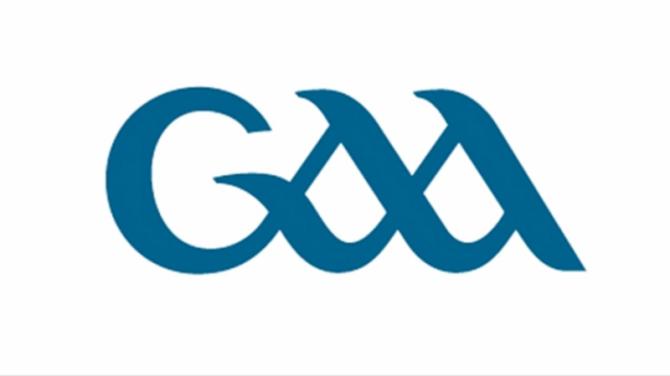 BALLYHOLLAND Harps fought their way out of the bottom two in the Down Senior Football League Division One, following a typical gutsy win over Rostrevor at Petitt Park on Friday evening, writes Tony Bagnall.

The Harps are now level on 14 points with St Peter’s, Bryansford and Mayobridge. And their next match will be against one of that trio, Mayobridge in the Down Senior Championship.

Manager Justin Lynch, who manages the team along with Damian McCrink, spoke after the Rostrevor match saying: “It was hard work but it’s that time of the year where everybody’s fighting for points. We are down there at the bottom and we have to get points. Every game now is a battle and these boys are brilliant at battling.

On the excellent Mark Walsh, Justin said: Yeah, Walshy, we had him on Caolan Mooney for a while and he did a great job. But then we lost that threat going forward.”

Robbie White, on as a half-time substitute against Loughinisland, played the whole game against Rostrevor and was a revelation.

Justin Lynch said of the wee play-maker:” Robbie White has been tormented by injuries but he reads the game so well, uses his brain and makes things happen all the time.”

The Harps got off to a flying start and with less than two minutes gone had netted. Tiernan Rushe played in Seamus Loughran who slammed the ball high and handsome, past the helpless Jonathan Parr in the Rostrevor goals.

However, with Shaun Parr in perpetual motion and the blonde head of James Rice seemingly popping up everywhere, the home side responded brilliantly. Damian Magee got his side’s opener on five minutes with Tomas Mulholland and another point from Magee, squaring matters with ten minutes gone.

And a Shaun Parr free on 17 minutes put the Mighty Reds in front for the first time.

At that stage it was nip and tuck with both teams having spells in the match. Half-time arrived with the sides level. Paddy Murphy fisted over for the Harps with Paul Murphy hitting over a stunning long-range effort while Stephen Grant also found the target. While at the other end Conor Magee pointed and almost on the interval whistle Conall Gordon curled over a monster point from way out on the left.

Rostrevor began the second half on the front foot and pointed three times without reply. The lightning fast Caolan Mooney, surely the quickest footballer in the county, if not the country, sped down the right and pointed. Just 16 seconds had been played. And the Parr boys Shaun and keeper Jonathan, then both scored with free kicks.

The home side had the bit between their teeth but on 38 minutes Ballyholland replied with a Seamus Loughran freekick.

Then came the game-changer. A goal. And it came from the best player on the park – and from surely the hardest worker on the park. On 41 minutes the speedy Mark Walsh latched onto a Stephen Grant pass before drilling past Parr and into the bottom corner.

60 seconds later the sizzling Walsh was inches away from his second goal as his bullet drive cannoned off the base of the post. However, Seamus Loughran picked up the rebound and fired over the bar.

Harps were then two points in front and although Rostrevor battled bravely and pointed via Damian Magee and James Rice, a determined Ballyholland, helped by a couple of points from the quick-silver Seamus Loughran, ended the match with that two-point advantage.