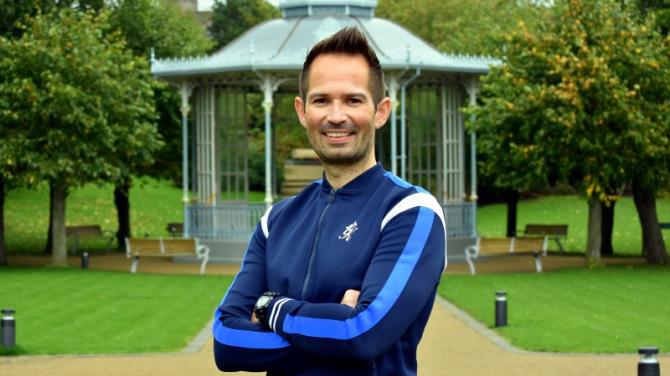 WARRENPOINT manager Niall McAlinden has encouraged his players to embrace the the build-up to Sunday's Down Senior Club Championship Final as they aim to end their 41-years wait for the senior title.

The Seaside Town is decked out in blue and white and there was a huge turnout to the breakfast morning at the Whistledown Hotel, which was fantastically organised.

There is spoke to senior team manager McAlinden and while being fully aware of the need for players to be focused on their performance he believes that it would be wrong to see the buzz around the town as a distraction.

“It is all part of the build-up and great for the area but at the end of the day for the players it is all about focusing on the game and to just try and put on a performance on the day,” said McAlinden.

“I remember the first conversation I with the committee and I was asked can this team win a senior championship and I said that we would have to learn to walk before we could run and over the last three years there has been an awful amount of work put into it.

“Before that Bernie Ruanne had taking a lot of the players at underage and then at senior level too and then Declan Mussin came in also. Those boys laid good foundations and then we came in and put our own stamp on it and introduced structures. We were looking for real respect and discipline that we wanted everyone to be really committed and see how far that can take us.

“I suppose in the first year we set out to play our expansive open game and we played some open free flowing football that year but we only won one out of our first five games but then we went on an unbeaten run of 13 games in the, which took us to the runners-up position in the League and we lost to Downpatrick that year.

“The second year we sat down and as a group said that we needed to give it that bit more and we had a great League campaign and probably should have won it last year and then we lost to Kilcoo in a very competitive semi-final last season. We were very much in the game with Alan Davidson’s goal and then Ryan got his second yellow which made it difficult and Kilcoo’s graft saw them over the line.

“I supposed it showed the fellas to where they got last year to where they can maybe go. This year it has been a frustrating way in many ways due to the amount of injuries but we were still competing well and we lost four matches by a point and we had drawn two, so we knew that we weren’t far away and ultimately it has probably made our squad stronger because we have blooded maybe three or four young fellas who will very much be in the mix on Sunday.