Oisin: 'Are we doing enough?' 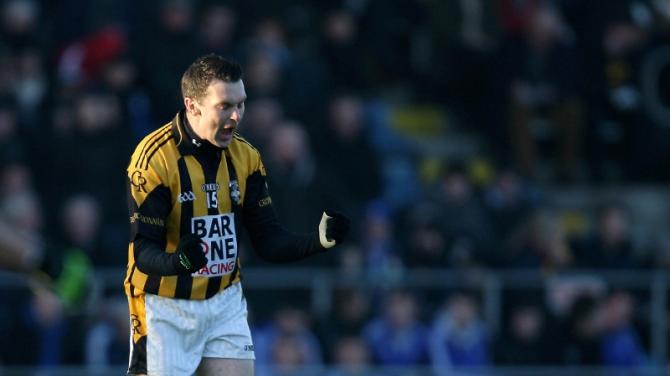 DEMOCRAT columnist Oisin McConville says there is more sporting bodies can do to tackle the issues of mental health.

A minute’s silence was held before Saturday's Dankse Bank Premiership game between Warrenpoint Town and Linfield, where the players mixed to show unity and a mark of respect of the 24-year-old.

“The massive question is, is what we are doing about mental health?

“I have been involved in some of the work that has been going on in the Irish League and there is good work going on there, but also the GAA has done a huge amount over quite a long period of time,” said McConville.

“But I don't think it is ever enough because it is such a massive issue.”

The 2002 All-Ireland winning footballer says that there are practicable ways to help people but insists that clubs and teams have to put mental health as a priority.

“When you talk about mental health you sort of have to sell it to people,” said McConville

“They need to be in a good place in order to really achieve as far as their sport is concerned but also it is much more important as in your day to day life. It is so important as to how you go about things and we really shouldn't have to sell it that hard, it should be something that should be of huge interest to everybody.

“One of the things that I take on board is that when I walk into a changing room I want everyone to be in a decent place and if they are not that there is provision for them.

“It's not just about what happens in the field of sport, it is life or death sometimes and that has been exemplified in all communities up and down the country.

“As far as the GAA goes, every club has a Health and Well-being Officer and that is a starting point for most people in clubs.

“It is someone people can lift a phone to or talk to and that is hugely important.

“And another part of that is that the Health and Well-being Officer is not going to solve all your problems but they certainly might get you to the place where you need to be to tackle those issues.”