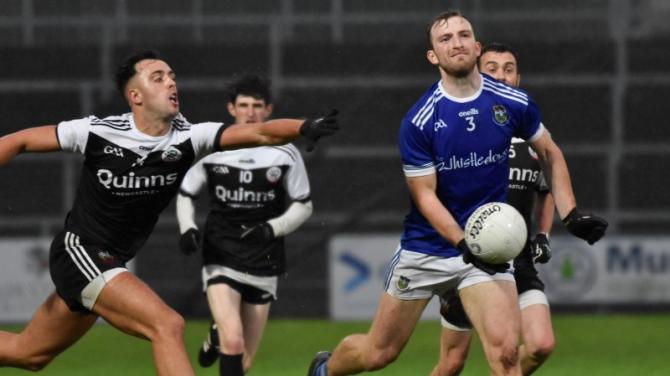 LATE Summer is becoming increasingly likely as the starting time for the 2021 Club football and hurlers in Down and Armagh, writes Peter Bayne.

Indeed, any commencement in action will of course be guided by Health Officials who have been working closely with GAA Headquarters since the first Covid 19 lockdown in March.

The major factor will be the vaccination programme which is presently being rolled out to the most vulnerable in the community.

Before a ball is struck in earnest one also has to take into account that parts of Armagh and Down are presently showing then highest infection rates in the North.

The age category in which the virus is spreading most is in those people aged 19 to 39.

Health authorities have outlined their vaccination schedules and by the time it reaches the age group (19-39 majority of senior players) it is safe to assume it will be into the summer at very earliest in my opinion.

Add into this that club teams will be asking for 4-6 weeks to prepare for any resumption, the timeline becomes very congested.

Last week officials in Armagh published a document outlining what they hoped would be the roadmap for the return to club action in the Orchard County.

It also outlined proposals to bring the 2020 season to a conclusion.

The document presented four options which included possible time-frames and formats for the commencement of Adult Football Competition.

Commencing in mid-April/May, priority would be given to the 2020 leagues before the 2021 season begins. The 2021 leagues would include one round of fixtures, seven games for senior and intermediate leagues and possibly more in the junior division. The group stage championship would return following the knockout format used in 2020.

Commencing in late-May/June, the 2020 league would be voided with last year’s Intermediate (Clan na Gael) and Junior (Forkhill) Championship winners promoted. The 2021 leagues would include one round of fixtures while the championship would include a group format.

Commencing later than the other three options, the 2020 league would be voided, the 2021 league would not take place and there would be a group championship.