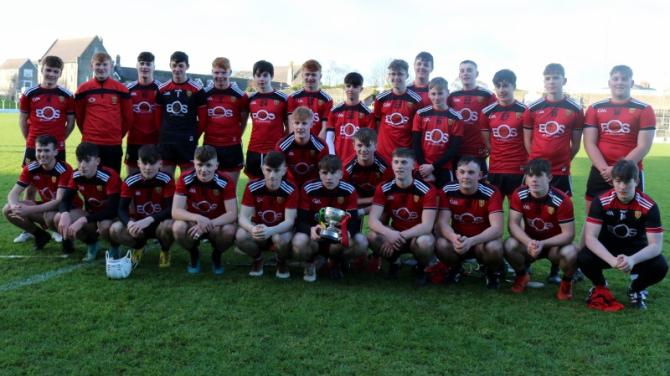 BACK in October the hurlers of Down were celebrating promotion to Division 2A of the National Hurling League after victory over Derry in the Athletic Grounds, writes Peter Bayne.

Now six months on, manager Ronan Sheehan and his charges will embark on a new challenge as they travel to the Kingdom this weekend to take on the might of Kerry in Round One of their 2021 National League Division 2A League campaign.

A daunting task at the best of times but with little in the way of preparations, Down will really be up against it taking on a team who lost to Antrim in the final of Joe McDonagh Cup last season.

Kerry hurling has enjoyed something of a renaissance in recent years and the same can be said of the Mourne men.

A lot of hard work has been going on at Club level and it is no great surprise that Down now find themselves in the second tier of hurling.

Following the trip to Kerry, Down then welcome the hurlers of Carlow to Ballycran for Round Tow which will be followed by away trips to Wicklow and Offaly.

Down’s League campaign will finish with a home meeting with Meath, a dress rehearsal to their Joe McDonagh Cup clash.

The match this weekend, in Austin Stack Park, will take place on Sunday with a 1.00pm throw in.

Meanwhile, on the club hurling , action will get underway this weekend with four fixtures in the All County Leagues Division 1, 2 and 3.

The footballers, club and County, will have to wait a little bit longer before their seasons commences on the weekend of May 14.

Down footballers will make the journey to Castlebar to take on last years All Ireland finalists, Mayo.

Upcoming fixtures are as follows: