Armagh manager Kieran McGeeney was happy with the result but is aware the performance won’t be good enough against Monaghan, despite beating Antrim by 13-points.

A first half goal from Rory Grugan after a slick move involving the brilliant Jemar Hall, Andy Murnin and Campbell was the rare highlight in an otherwise flat first half, which Armagh led 1-06 to 0-07 lead at half-time.

“The first half was very dead, and it was played at a very slow pace by both team,” McGeeney said.

“Possession, we were very good at giving it away and Antrim were very good at keeping it. We were very slopping with our ha d passing and our kick passing, but I just felt the whole first half, for both teams, was very low key considering the day it was.

“We need more energy in our game. I was watching Monaghan yesterday and they were very good so we’re going to have to lift it up a bit.

"Antrim have great pace in a lot of their players, and you have to be aware of that. When they get two or three mov es together they are very hard to stop. They’re as fast as any players in the country and we would know that with a lot of boys having played with them at Sigerson.”

There was much more zip about the Orchard side in the second half and when Rian O’Neill converted a penalty after Grugan was fouled they had the result in the bag. Antrim picked off some nice scores from Ryan Murray, Odhran Eastwood and Dermott McAleese and they didn’t life easy for the Orchard men.

And it was the Armagh substitutes that killed Antrim off with Conor Turbitt, displaying class to bag goal number three and Tiernan Kelly but Friday’s U20 performance behind him with a stunning goal before the final whistle.

It was a great finish, but Monaghan will provide a tougher test on July 17, with a place in the Ulster Final at stake. 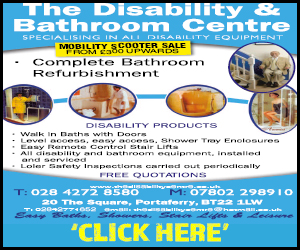 Defences on top at Windsor Park