Tailteann Cup next up for Down 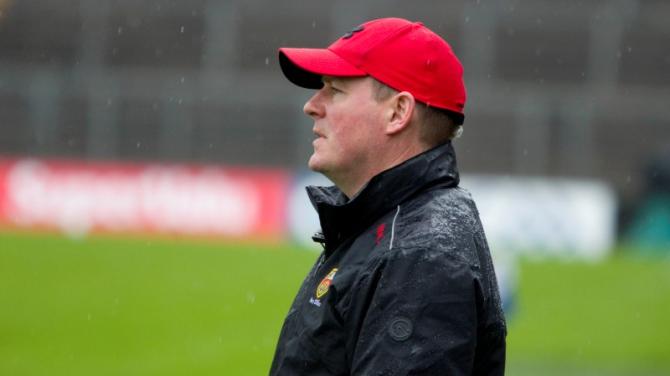 DOWN boss James McCartan says he hopes his players will want to challenge for the Tailteann Cup and pointed to the fruitless years in the backdoor as a good as a reason as any, writes Steve Malone.

“I put the question to the group in there – ‘as a group do we want to make progress? The Tailteann Cup is what is left in front of us, that is an opportunity for young players and experienced players to try and turn a corner,” McCartan said.

“There is an opportunity there, certainly going out and waving the white flag in the Tailteann Cup I don’t think it is going to be much benefit to Down football.”

The Tailteann Cup will be a round robin format next season but this year, it will be straight knock-out between 16 years, with the first round expected at the end of the month.

Last week former Down star Benny Coulter told the Democrat that it is a competition Down should be trying to win. The final will be played in Croke Park, and that shouldn’t be sniffed at. But the Down manager isn’t being overly confident.

“We will be taking one game at a time,” said McCartan.

“There is no easy teams Down there either. Since the Qualifiers were introduced, we went to many of places and didn’t win, so there is no easy teams down in those divisions, and they all are fighting for their lives, and we are just going to be one of them and we will try and see if we can make progress.”

The door will be open for players to join the squad and McCartan insists that he will give youth a chance but he says there is still valuable positions for older campaigners.

“We blooded a few boys today but at the same time, you need stability with the guys that have been there and done it,” McCartan said.

“Kevin McKernan didn’t get on the pitch today but Kevin has been great with the young lads bringing them through and I am not sure how many years he is there. We have to try and blend it, but youth is the future obviously.”