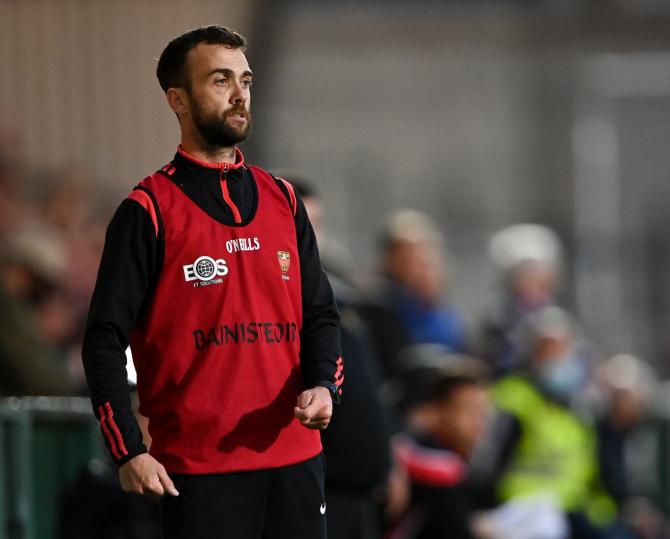 Down GAA has appointed Conor Laverty as the new manager of the senior football team.

At a meeting of theC ounty Committee on Monday evening, the former county star forward and All-Ireland club winning captain was ratified for the position.

Conor played at all levels for his county, featuring in the All-Ireland Final of 2010 and the Ulster decider two years later. He earned an Allstar nomination for his exploits in the red and black in 2012 and went on to captain Down in 2015.

He is one of our most decorated club footballers, winning ten county championships with Kilcoo, and he was joint captain when they won the 2019 and 2020 Ulster titles before leading his club to the ultimate honour in Croke Park in February this year.

Conor will also continue as U20 manager, a position he was appointed to in December 2020. He guided Down to a provincial title at this grade in his first year in the role. A full U20 management will be confirmed at a later date, with Darragh O’Hanlon (Kilcoo) and Conor Gilmore (St John’s) continuing in their roles.

Martin Clarke won an All-Ireland Minor title with Down in 2005, and in between spells with Collingwood in the AFL, he featured prominently for Down when they reached the All-Ireland decider in 2010. He was selected as  an Allstar that year.

Declan Morgan has considerable experience in coaching at clubs in three counties and at schools levels with St Patrick’s Downpatrick - he and Marty Clarke have been part of Conor Laverty’s management team with the U20s.

The management team will now focus on putting their backroom team in place ahead of preparations for the 2023 season.

Down GAA chairman John Devaney congratulated Conor and his management team on their appointment and expressed the hope that all members, supporters and players will give their full support to build a team and move Down forward.