Buttercrane set to welcome Lidl and Sport Direct in 2020 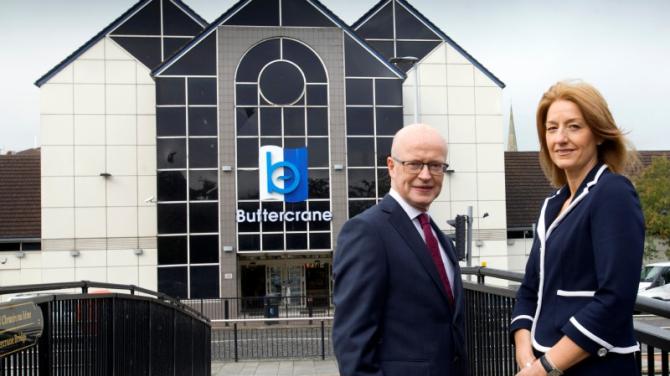 BUTTERCRANE Shopping Centre, Newry, has announced that grocery retailer Lidl and large sporting goods retailer Sports Direct will be opening their doors at the popular shopping destination in 2020, subject to planning.

Lidl will be taking a 25,000 sq ft unit in the centre which was previously occupied by Easons as well as part of the former M&S space. Sports Direct will occupy a 22,500 sq ft unit across two floors in the remainder of the M&S unit

Since arriving in Northern Ireland in 1999 Lidl has opened 38 stores across the country and it has recently unveiled a series of new concept stores, with ultra-modern designs.

Founded in 1982, Sports Direct International PLC is the UK's largest sporting goods retailer and operates a diversified portfolio of sports, fitness, fashion and lifestyle fascias and brands. The Buttercrane store will be the first in Northern Ireland to feature the new elevated store design, including a UFC fashion section.

This year Buttercrane Shopping Centre is celebrating 30 years in the heart of Newry city. Located alongside the canal, the centre has played an important role in developing the city’s reputation as one of the best provincial shopping destinations in Northern Ireland. It employs 900 staff and contributes £13m to the economy every year.

“This is a very exciting year for the shopping centre as we mark a successful 30 years in the city. We are delighted that Lidl and Sports Direct have chosen to move to Buttercrane, further expanding our diverse offering of fashion, lifestyle and food and beverage retailers.”

“Since 2000 Lidl has proudly traded in Newry with our first store at Bagenals Castle, followed by our second store opening 11 years later at Damolly Retail Park. As the fastest growing retailer in Northern Ireland we need to accommodate our growing customer numbers and so we have sought a location to replace Bagenals Castle. Our proposed scheme will regenerate a strategic site in the heart of Newry city, which has sat vacant for much of the last decade and we believe we will be able to offer a much improved shopping experience for the years ahead. We look forward to continuing to invest in Newry city and offering shoppers the best value in the market.”