Unwavering Kilcoo are      Kingpins of Ulster 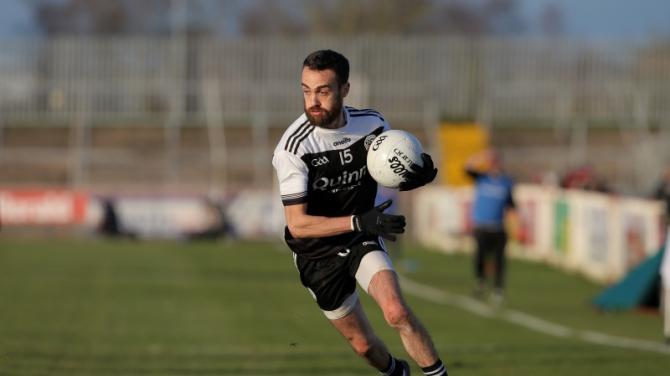 The wait is over, two Ulster Final defeats made great motivation but no-one can accuse Kilcoo of being third time lucky, because on Sunday they blew Naomh Conaill out of the water.

There were tears of joy from players and supporters during the celebrations after the full-time whistle.

The dream did come true and indeed Kilcoo did it in style. They were awesome on Sunday. And it wasn’t just typical grit and determination that got the Magpies over the line. They lost their shackles, played total football for periods and outclassed their opponents.

The Magpies could and should have been out of sight long before the final whistle but at no stage did they look like losing.

Even after conceding two sloppy goals before the break they weren't rattled.

So instead of going in at half-time seven points up, which Kilcoo’s performance warranted, they led by only a point.

It was a thrilling first half, at least I think it was, because the glass window in the press-box in Healy Park was so dirty, it was difficult to see all the action.

The game was only 40 seconds old when the brilliant Darryl Branagan surged forward to stroke over the bar from 25-metres. Then the Donegal side went ahead after Ciaran Thompson’s converted free and a fine point from big Charles Guinness.

The Donegal men had opted to kick long into the square and while it was untidy the Magpies defence largely dealt with it and countered at breakneck pace.

However, their early attacks kept breaking down, with players slipping and loose handling, but then they started to click and it was fantastic slick football.

Eugene Branagan levelled after Laverty’s grab and go and he added another after McGuinness had pointed for the Donegal men.

It was exciting stuff, Glenties defended in numbers and Kilcoo attacked by pressing high with numbers, before retreating and then countering.

Laverty was getting his hands on the early ball in, not giving defender Kevin McGettigan a sniff, and with Eugene Branagan, Ryan Johnston, his brother Jerome and Paul Devlin making sweeping runs, the Kilcoo captain was lining up scorers.

The aforementioned all found the target but it was Aidan Branagan, who did a marvellous man-marking job on on Ciaran Thompson, that rattled the net, to give Kilcoo a 1-08 to 0-04 lead on 27 minutes.

Then indecision and poor defending allowed the Donegal men in for a brace of goals from Jeaic McKelvey and Charles McGuinness who gave Naomh Conaill a lifeline at the break. But the Kilcoo selector Conleith Gilligan insisted there was no panic in the Kilcoo dressing room.

“Half-time was actually very calm and I think the boys were a bit scared waiting on us to shout, but it was very calm because we had done really well, but gave away two bad goals and we just set-up for the high ball in and everything we talked about at half-time actually worked,” said Gilligan.

Indeed young Ryan McEvoy's converted free only three minutes into the restart put Kilcoo on the front foot again and from there they didn't look back.

Again Laverty was on top, winning possession and using it wisely. Kilcoo tidied up in defence and dealt with the long balls into the square and Glenties offered little else.

Kilcoo had the Donegal men sussed and they took control with the Darryl Branagan giving his man a clean pair of heels before striking coolly into the net to give the Magpies and 2-10 to 2-05 lead with 38 minutes played.

The Donegal men were forced to shoot long and they got some joy from Ciaran Thompson’s long range free and another from Ethan O'Donnell, but there was no way Kilcoo were going to be beaten.

Even when the gap was reduced to a point, Darryl again showed his burst of pace and composure in front of the posts to keep Kilcoo's nose in front.

The Glenties push forward leaving gaps in defence and Dylan Ward had a chance to hold possession or try and chip lob the keeper and he tried the latter, without success. It was audacious and could have been costly, but these are the sort of things people watch the sport for.

Kilcoo held on for a fantastic and memorable win and they were much better than their two points winning margin suggests.

It is too soon to talk about the All-Ireland championship, Kilcoo have waited and worked hard, they have had to swallow bitter pills, see decisions go against them but on Sunday they showed their mettle and their class and with manager Mickey Moran at the helm, the Magpies are worthy Ulster Champions.

There are supporters who will cherish Sunday’s win until their dying days and this bunch of players and management can be proud of what they have achieved. The journey doesn’t have to end here but the Ulster Championship victory should be celebrated.