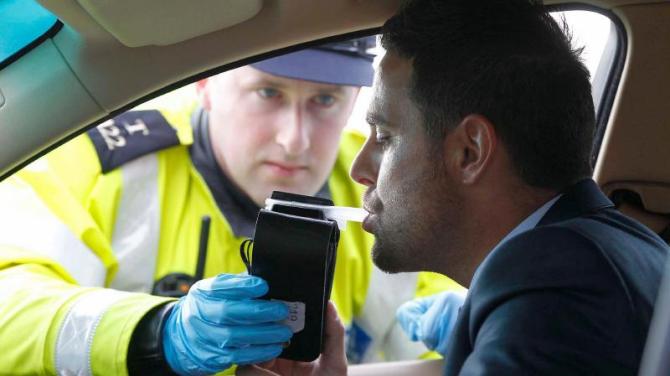 NEWRY’S magistrate judge has warned Christmas time drink drivers that they face a 100 per cent increase in sentencing come the new year.

District judge Eamonn King highlighted the doubling up on traffic penalties for anyone caught behind the wheel under the influence over the festive period.

The stark warning came from the judge following the first defendant to come before him for drink driving in the month of December on Wednesday at the Newry court.

Terrance Maughan (29) of Cleenish Park, Enniskillen was disqualified from driving for 12 months and fined £200 for driving with excess alcohol on September 27.

The court heard that the accused was stopped by the PSN on the Castlewellan Road, Banbridge at over twice the legal limit.

A breath test record 73mgs of alcohol in 100mls of breath.

Maughan said he had taken a chance to drive after taking drinks at a family occasion.

“This is the first drink driving charge before me this morning, and I want to put out a warning right now, to anybody detected of drink driving from now to the end of the festive period, you can expect a £500 and a driving disqualification for two years,” warned Mr King.

“Any one that takes the chance of drinking over the Christmas period and caught driving, come January, they cannot say they were not warned.

“The media is welcome to make headlines of this if they choose to get this message across.

“Anyone who comes before me with a drink driving charge, that disqualification will be imposed and they can’t say they have not been warned,” added the judge.