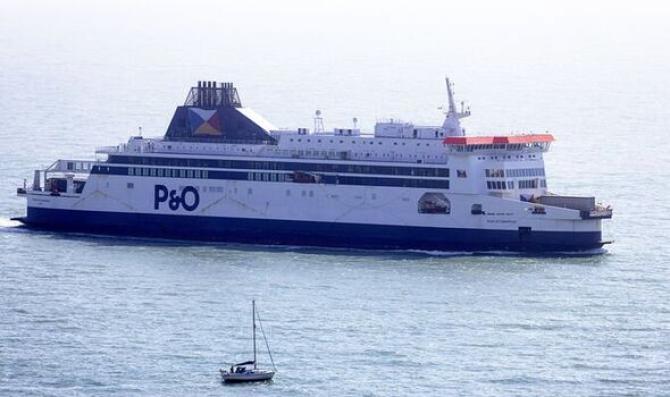 P&O Ferries have cancelled services with immediate effect as 800 seafaring staff are now without jobs.

The shock news comes as the ferry service claimed the decision was necessary to save the business which they labelled as "not viable".

P&O is the leading ferry operator on the Dover-Calais crossing, the main sea link from Britain and Europe, and also sails from Hull to Rotterdam, Liverpool to Dublin and Cairnryan in Scotland to Larne.

The company said its survival was dependent on "making swift and significant changes now".

"In its current state, P&O Ferries is not a viable business. We have made a £100m loss year on year, which has been covered by our parent DP World. This is not sustainable. Without these changes there is no future for P&O Ferries."

In its statement on Thursday, P&O said: "In making this tough decision, we are securing the future viability of our business which employs an additional 2,200 people and supports billions in trade in and out of the UK.

"And we are ensuring that we can continue serving our customers in a way that they have demanded from us for many years."

P&O apologised to customers on Twitter, saying: “Regretfully, P&O Ferries services are unable to run for the next few hours. Our port teams will guide you and travel will be arranged via an alternative operator.”

Reports have surfaced saying workers were told of the news via zoom, with some employees refusing to leave ships in protests.

P&O services scheduled for Monday include 14 between Dover and Calais, three between Liverpool and Dublin and seven between Larne in County Antrim and Cairnryan in Dumfries and Galloway.