Hyundai SUV is on ‘son 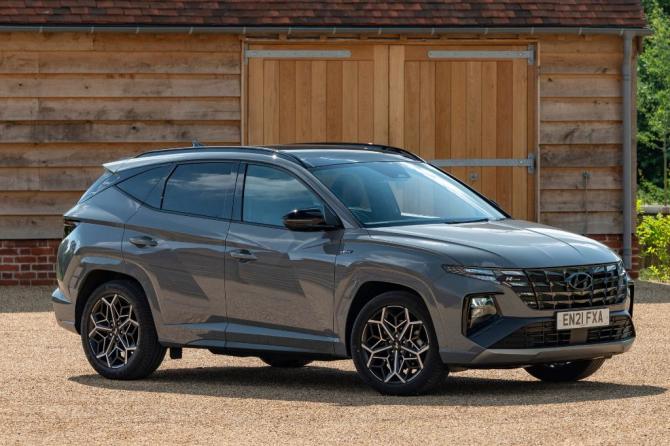 The Tucson SUV was the big winner last month – though not by much.

The Hyundai Tucson was the big winner in the new car sales chart last month to cement its place as the most in-demand model with Northern Ireland motorists in the first six months of this year.

114 examples of the South Korean car were registered by local dealers to take the total number sold from January to June to 602. Ford’s Kuga and Puma were the joint second best-selling nameplates in June at 111 apiece to keep the former in second place in the overall new car registration table on (590).

UK-wide, the Vauxhall Corsa remains the most popular car of choice amongst buyers. Last month, 5,014 models of the supermini were sold taking its grand total this year so far to 22,212 – a feat that will lead to “another stellar year” for the British company, according to its Manging Director Paul Willox.

Overall, though, the new car market picture remains bleak with new figures from the Society of Motor Manufacturers and Traders (SMMT) confirming last month to be the weakest since 1996.

A total of 140,958 new models entered service in the four regions – 24.3% down on June 2021 – with supply shortages once again being blamed for this. Year-to-date registrations have reached 802,079 units – a fall of 11.9% on last year and the second weakest first half of any calendar year in three decades.

Battery electric vehicles (BEVs) continued their growth streak, however, with a 14.6% increase in volume as market share reached 16.1% - up from 10.7% a year before.

Conversely, plug-in hybrid electric vehicle (PHEV) uptake fell by 4,425 units to leave its market share at 5.5%. In total, plug-in vehicles comprised more than a fifth (21.6%) of new cars joining the road across the month.

All other powertrains experienced declines in registration volumes and market share respectively apart from hybrid electric vehicles (HEVs) which, despite a 1,172 unit fall, increased their market share to 10.6%.

The biggest loser of all, however, was diesel: registrations nearly halved from 15,027 in June 2021 to 8,003 this June. Despite remaining popular, petrol also dropped away by the tune of 24,406.

“Electric vehicle demand continues to be the one bright spot, as more electric cars than ever take to the road, but while this growth is welcome it is not yet enough to offset weak overall volumes, which has huge implications for fleet renewal and our ability to meet overall carbon reduction targets.

“With motorists facing rising fuel costs, however, the switch to an electric car makes ever more sense and the industry is working hard to improve supply and prioritise deliveries of these new technologies given the savings they can afford drivers.”