Reduction in rural crime in Co Down 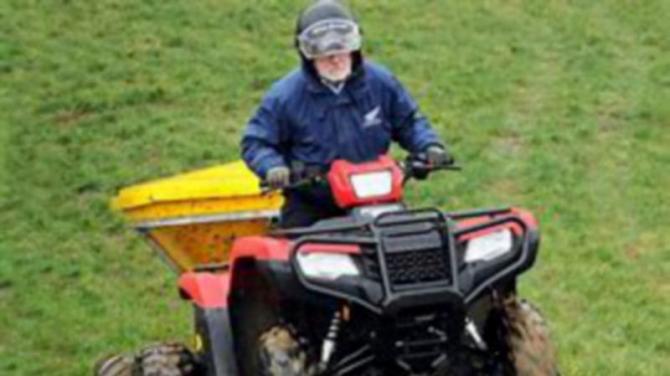 In its 2019 Rural Crime Report, leading rural insurer NFU Mutual looks at the impact that crime is having on rural communities up and down the UK. Overall, its claims figures reveal that rural crime cost the UK £50m in 2018, an increase of 12% on the previous year and the highest overall cost in seven years.

The items most commonly targeted by thieves across Northern Ireland over the last 12 months were ATVs/quads, livestock and trailers and horseboxes.

“At a time when rural crime is increasing across the UK, the fall in the County Down is hugely encouraging. It’s a testament to the hard work of farmers, country people and rural police to tackle crime in the countryside. However there is no room for complacency. The countryside is facing a major challenge from organised criminals and it’s vital that police, farmers and rural businesses remain vigilant.

“One of the most alarming findings from this year’s report is that fear of crime is changing life in the countryside. From constant reports of thefts and suspicious vehicles touring the countryside and rural criminals regularly staking out farms, country people feel they are under siege.

“The report further reveals that limited police resources and repeat attacks are the biggest fears for people in rural communities, with many forced to change the way they live and work as a result of rural crime.

“Repeat attacks are causing widespread anxiety and exacerbating the problems of rural isolation amongst farmers who often work alone all day. Some farmers are so concerned about the risk of criminal attack they can no longer leave the farm with their family to attend local agricultural shows.

“Farmers are combining modern technology with physical fortifications to try and keep one step ahead of the thieves. We’re seeing electronic devices like infra-red beams and geo-fencing, which triggers an alarm if tractors go beyond farm boundaries. These technologies are proving to be effective weapons in the fight against rural crime. This is increasingly important because determined thieves come armed with battery-powered angle grinders which can cut through chains and padlocks in seconds to access farm buildings and tool sheds.”

“Our advice to people living and working in the countryside is to regularly evaluate your current security measures making improvements where necessary, remain vigilant and report any suspicious activity.