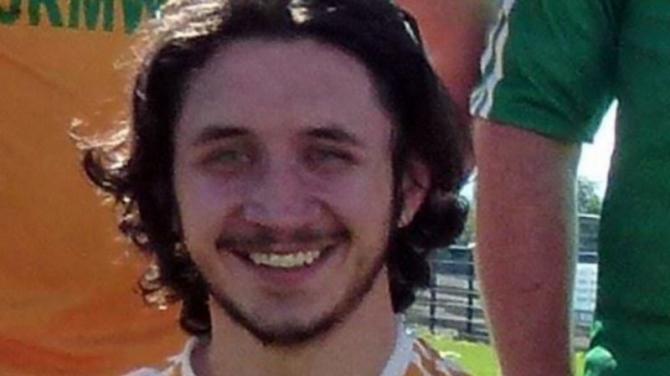 THE death of Clonduff hurler Pearce Branagan on Saturday night from a suspected heart attack was met with widespread sadness within the community.

Tributes were paid to the 23-year-old, who was described “as an absolute gentleman”.

Mr Branagan died on Saturday from what the club said was a cardiac seizure.

It is believed that the trainee teacher fell ill whilst visiting his girlfriend Ellen McCrilly in Listamlet, near Moy in Co. Tyrone.

Mr Branagan's family are a popular and well-known family amongst GAA circles in the county and his brother Lorcan plays hurling and football for Clonduff.

“I, like everybody, in the community am just devastated,” she said.

“The club will be doing anything we can for the family and we will be opening up a book of condolence for anyone who wants to sign.”

Mr Branagan was part of the Clonduff seven-a-side hurling team that recently won the Down championship and former coach and teammate John Murphy described him as an “absolute gentleman.”

“It’s the biggest shock I ever had in my life. It’s unbelievable,” he said.

“Myself and everybody in the club is devastated for him and the wider family.”

The ambulance service confirmed it received a 999 call at 5.32pm reporting that a young man had collapsed. Two rapid-response paramedics and an emergency ambulance and a doctor attended to the scene.

Mr Branagan had been working as a temporary teacher at St Malachy's Primary School in Kilcoo and was awaiting on news for a permanent role.

Principal Maura Mussen, in paying moving tribute to him, said: “Nothing was too much bother for Pearce. He would do anything for anyone and the children adored him. He was everything you want for a teacher.”

SDLP councillor Gillian Fitzpatrick said: “It’s absolutely heartbreaking. He was just in the prime of his life, just starting out.”

Former SDLP leader Margaret Ritchie expressed her sorrow at the death of Mr Branagan, and said: “I was deeply saddened to learn of the untimely death of Pearse Branagan who represented the Clonduff GAC Club as a fine sportsman and a teacher in St Malachy’s Primary School, Kilcoo.

“Some of the parents of the children in Kilcoo told me how Pearse had a great rapport with the children who loved his enthusiasm and that sense of knowledge on a range of subjects which he conveyed to them in the classroom and in the school yard.

“My sympathies and condolences go to his parents, siblings, friends and colleagues at this sad and tragic time. I hope that God’s consolation will comfort them in the weeks and months to come as they come to terms with their tragic loss.”