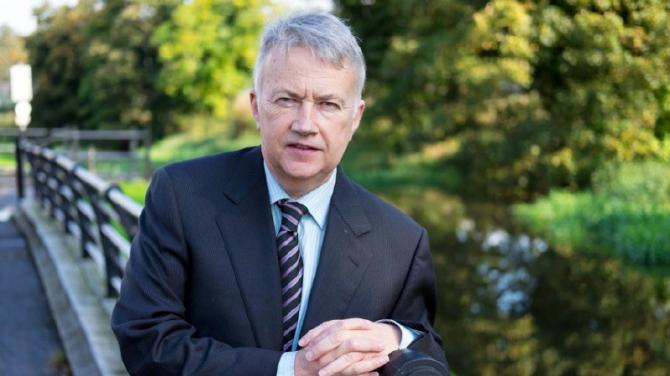 THERE has been an increase of 13,532 attendances at Daisy Hill's Emergency Department (ED) in four years.

The statistics were released by the Department of Health in their 'Hospital Statistics: Emergency Care 2017/18' report and uses figures from April 1, 2017, to March 31, 2018.

Commenting on the rise of attendances at the ED, the Chairperson of Daisy Hill Action Group Francis Gallagher, said that this indicates how vital a local acute hospital is to the people of the district.

“These figures substantiate what Daisy Hill Action Group have been saying all along - that there will always be a need for a full acute hospital at Newry, especially since the numbers of people living in the area is increasing quite dramatically,” he said.

“The increased usage of the ED may also show that more funding and development of the primary care sector is long overdue.

“Acute care in the community, where appropriate, training and recruitment of more GPs, investment in a new health hub for Newry and district are all paramount to ease pressure on Daisy Hill's ED.

“Work will commence soon on Daisy Hill's new Direct Assessment Unit and this should underpin the accident and emergency service at the hospital.

“Staffing of the new Direct Assessment Unit was discussed at our most recent Daisy Hill Pathfinder meeting on Thursday, June 21, and the Daisy Hill Action Group made some positive suggestions about how this unit could be properly staffed.”

Mr Gallagher also pointed out that the increase in attendances is occurring without co-operation from the health service in the Republic of Ireland to provide acute services to people in Louth and Monaghan.

“A key principle of a progressive health care system is 'interdependence' so we should be looking at ways of co-operating on this on an all-island basis,” he continued. “Think about what this could offer to Daisy Hill and our primary care sector.

“It would open up new opportunities for investment and resourcing. It would be a very positive move for everyone.”

Meanwhile, the figures provided by the Department of Health also revealed that the median waiting time from triage to start of treatment has dropped from 58 minutes in 2016/17 to 37 minutes in 2017/18, while the median time spent in Daisy Hill's ED went up 47 minutes from 2016/17 to six hours and one minute.