Community is left shocked by murder 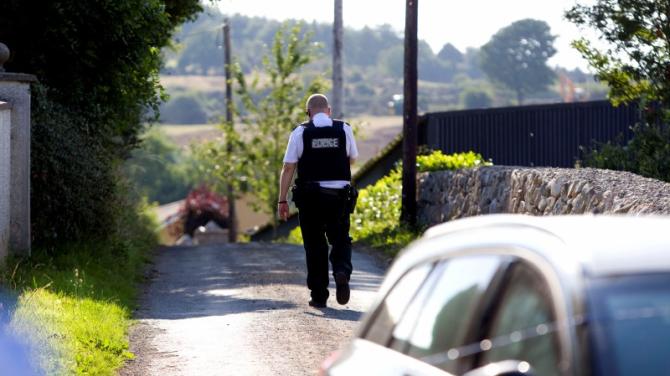 POLITICAL representatives have been expressing their horror at the murder of Brian Phelan on Thursday.

“News of the death of a young man as a result of a stabbing has shocked and stunned the local community here in Bessbrook and Camlough,” said the Slieve Gullion councillor.

“My thoughts go out to the family and friends of the victim who are trying to come to terms with this terrible news.”

Mr Irwin appealed for the public to assist the police with their inquiries and sympathised with the late Mr Phelan’s family.

He said: “This is a shocking incident which has resulted in the death of Mr Brian Phelan and I want to send my deepest sympathies to the Mr Phelan’s family at this very distressing time.”

He added: “It is vital that the public respond to the appeals by the PSNI for information on this matter.”

SDLP Assembly Member for Newry and Armagh, Justin McNulty MLA has expressed his shock and sadness over the father-of-two's death.

Mr McNulty said: “The community here is united in shock and anger. Young children have lost a daddy, parents have lost a son, and an entire community has lost a neighbour and friend in the most shocking of circumstances.

“My thoughts, and the thoughts of my colleagues, are with Brian Phelan’s family and friends at this incredibly difficult time.

“This is a very quiet and decent community; everyone is shocked at this tragic incident. I know the community will rally round the Phelan community in their hour of need and in the time ahead.

“The PSNI have launched an appeal for a car they believe was involved in the murder and for motorists who may have ‘dash-cameras’ on their vehicles and were in the area at the time to come forward.

“I would echo that appeal and encourage anyone who has any information to come forward and speak to the Police or Crimestoppers as soon as possible.”