Kevin takes his Q to exit 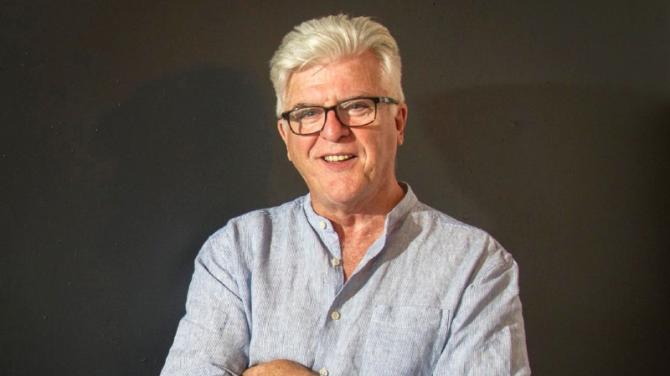 IT was the end of an era last week for well-known radio presenter Kevin McAllister.

A voice on Q Radio, and it's predecessor Five FM for over 11 years, he has quit his popular Q Cafe show.

His final programme at the station went out on Friday past - but it's not the last we will be hearing of Kevin.

That's because he will be joining Downtown Radio.

Kevin told the Newry Democrat that while he was sad to be leaving Q Radio he was looking forward to the new challenge at Downtown.

“It's been emotional, it really has been, but Downtown is a huge station and an opportunity I couldn't ignore,” said Kevin.

“Q Radio has been a large part of my life and I have enjoyed being the voice for local people over those years.

“However, I feel that it's time for me to move on and I can't wait to get started on Downtown.”

Listeners across Newry and Mourne and right across the North will be able to hear me on 101.3FM, on digital and also on the Downtown Radio app in the near future.

“I want to thank Robert Walshe and his team at Q Radio and I wish them well for the future.”

Details about Kevin's new role will be revealed in due course.

Kevin still remembers his first show at the station all those years ago.

“I started out filling in for the Newry Democrat columnist and local legend Rowan Hand at the weekend during one of his trips to Africa,” he explained. “After that I was offered a Sunday show before going on to do Saturdays as well.

“I then did the weekday breakfast show for a period too before developing the first Q Cafe show. It proved so popular with listeners that it was rolled out across the Q network's other stations and, thankfully, that popularity has remained over the years.”

The songs on Kevin's last show included 'Don't Dream It's Over' while the final tune was 'More Than Friends' - an apt choice as Kevin explains.

“Over the years I feel like I've developed a special relationship with my listeners and I want to thank them for sticking with me.

“They have always kept in touch with me to let me know what's going on across the district and I have had the pleasure of covering many of their events and stories over that time.

“I want to thank them all for listening and all of the people who contributed to the programme over the years.

“Also, I have enjoyed a good working relationship with the Alpha Media titles - the Newry Democrat, the Ulster Gazette and the County Down Outlook – and I have particularly enjoyed the banter with you, Michael, on a Tuesday morning during our weekly newspaper review.

“I've always thought that it's important to discuss the local stories and it's been great to do that in conjunction with the local newspapers.”

Kevin's move to Downtown has been welcomed by the Regional Managing Director of Downtown Radio, Cool FM and Downtown Country, Mark Mehaffey.

He said: “We are thrilled that Kevin will be joining our team. Kevin is a radio stalward with years of experience and has an unrivalled knowledge of the Newry and Mourne area – he will now be able to bring his inimitable style to a much wider audience.”