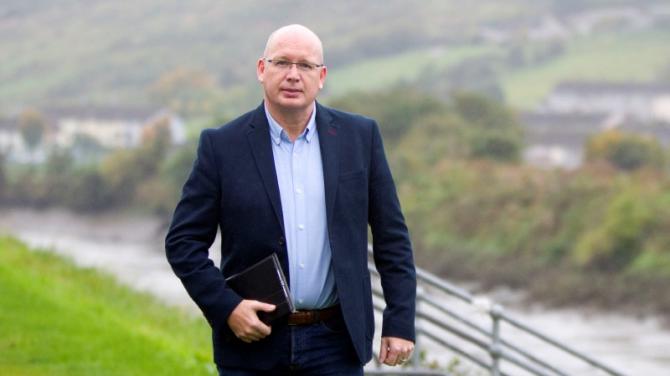 NEWRY SDLP Councillor Michael Savage has got assurances from senior council officials that litter monitoring will take place over the coming weeks that could result in new litter bins and signage being located in the Doran's Hill area of the city.

Councillor Savage said: “I have been approached by Barcroft Ballybot Residents Assocation that carries out weekly litter picks in the area requesting bins on both sides of the road on Doran's Hill between the shop and the roundabout at Ballinlare Cottages.

“These volunteers have been doing magnificent work in tackling the litter problem in recent months and on some occasions have lifted up to 40 bags of litter in the area. They believe the location of two new litter bins would help alleviate the problem.

“I have spoken with senior council officials and have been assured that monitoring will take place over the coming weeks with a view to potentially placing litter bins in the area.”

Councillor Savage has also raised the ongoing issue of littering and fly-tipping further up Doran's Hill with its junction with Chancellors Road at the railway bridge claiming the build up of litter in the area as “a disgrace”.

He added: “There has been an ongoing issue with litter at the railway bridge at the junction of Doran's Hill and Chancellors Road. It appears that motorists are dumping their litter as they come off the A1 underpass or before they head on to the A1 and it has left the area in a terrible state.

“Doran's Hill has become a major gateway into the city since the A1 Carriageway was built and as a result it has become a dumping ground and local residents are up in arms about it.

“I have spoken with senior council officials about putting a litter bin in the area and littering signage up on lamp posts and I hope there will be progress on this in the coming weeks.

“In the meantime I would ask our citizens to respect the area in which they live and either use the litter bins that are provided across the city to dispose of their rubbish or take it home with them and put in the domestic bins we provide to every householder. We all have a responsibility to keep our city tidy.”