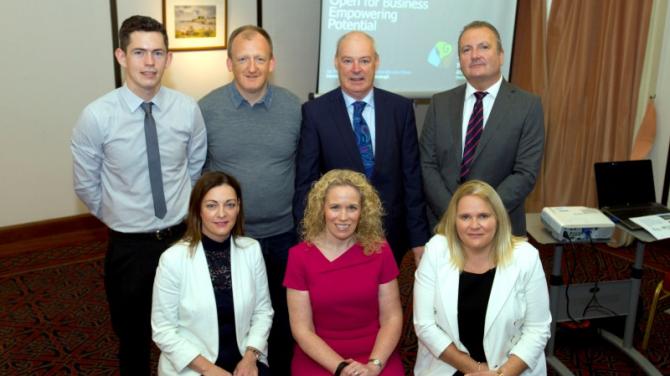 THE head of Real Estate company CBRE's Belfast operation has said that Newry city most certainly has a need for a new hotel.

It was well attended by many keen observers from Newry businesses.

CBRE were asked by the council to prepare two reports, one on the hotel sector and one on the office sector.

Mr Lavery, a native of Castlewellan, emphatically told those present: “I think in the Mournes here we have the best tourist attraction in the whole of Northern Ireland.

“One of the problems I think with this area is the amount of time you have to travel between the different areas etc.

“But if you actually take the time to travel around that coastline, it can compare with anything you get in Downings or Dunfanaghy or whatever.”

“Where we believe there is a lack is in terms of getting tourists in and tourists actually staying in Newry while they travel.

“What struck us most is that there are only two large hotels in the area – the Canal Court and the Slieve Donard.

“They are mostly locally owned, and that's a good thing. They are all well run and all are providing an excellent service.

“However, we do believe that we are missing in terms of groups, ad hoc groups and coach groups coming to the area, who will have a quick stay to travel the area, and then to come back to that point, and then move on either to Donegal or to Dublin.”

Mr Lavery also gave his view that tourists coming to the area and providing hotel space is a circular issue.

He also pointed out that in the two-year period from 2015 to 2017, tourist spend in this area doubled from around £45 million to around £90 million.

He concluded that any such new hotel should not compete with existing hotels, and said that it is not envisaged it would be a hotel catering for functions.

“Our research has shown that what we believe would work would be a mid range hotel with 90 to 120 bedrooms, with a very limited food and beverage offering,” he said.