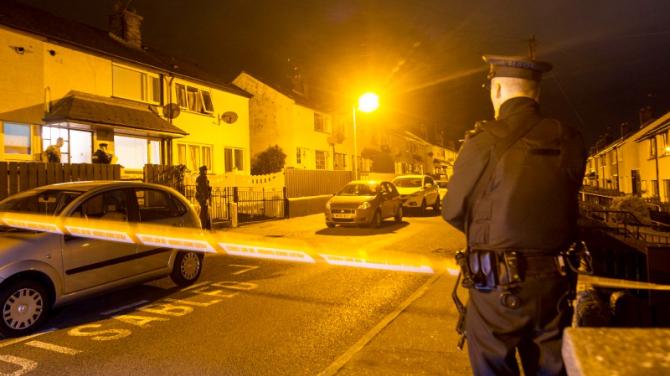 A SHOOTING in the Barcroft Park area has been condemned as “reckless” by the city's politicians and community representatives.

At around 11.45pm on Wednesday night, it was reported that a volley of shots had been fired at a house in Barcroft Park.

Inspector Frances McCullough said: “A number of the shots entered the living room through the front window however fortunately none of the four adults inside were struck. All were left extremely shaken but otherwise uninjured.

“We are working to establish a motive for this appalling attack and I am appealing to anyone with information to please get in touch with us by calling 101.”

The Chairperson of Barcroft Community Association, Darren Thompson, said residents were shocked by the incident.

“Whoever carried out the attack on this house showed a total disregard for the occupants and other local residents,” he said.

“Local people are angry about this reckless incident. It is too early to speculate about the background, but we unreservedly condemn those responsible.”Newry SDLP Councillor Michael Savage has accused those responsible for firing a volley of shots at a house in First Street of being reckless with no regard for the lives of the people of our city.

Cllr Savage said: “Whatever the motivation for this attack, I condemn it in the strongest possible terms.

“We could very easily be dealing with a murder this morning. There are young families and elderly residents living in this street and they could have been caught up in this. My thoughts are with the victims of the attack who are very badly shaken by what happened.

“The people of Barcroft have worked very hard to build community spirit in recent times and there is a real sense of togetherness in the area and this incident is no reflection on life in Barcroft. This was a senseless and mindless attack that has no place on the streets of Barcroft or indeed our city.”

His party colleague, Justin McNulty MLA, added: “Reckless attacks like these are wholly unjustified and have no place in our society.

“It is a miracle that the four adults in the house escaped injury.

“I would appeal to anyone with information to contact Crimestoppers on 101.”

DUP MLA William Irwin added that it was fortunate nobody had been injured in the attack.

“I would appeal for local people who may have witnessed this shooting or any suspicious activity in the area at the time to contact the PSNI immediately and assist with their inquiries,” he said.

“It is vital those behind this sinister and dangerous attack are apprehended as soon as possible.”

Newry and Armagh MP, Sinn Fein’s Mickey Brady, said: "This appears to be a reckless attack and must be condemned by all. Anyone with information about this criminal attack should bring it forward to the police.

Ewan Morgan, a Community Restorative Justice Ireland (CRJI) representative and also an independent member of the PCSP member said he believed those in the house were from the new nationals community.

“This cowardly attack occurred in a residential area with a total disregard for anyone living in the vicinity. Members of Barcroft Community Association were quickly on the scene to provide support and comfort.”

He described the police response as being prompt and calm, adding, “Anyone affected by tonight’s attack can contact CRJI on 30266337 where we are compiling a procedural file to be presented at our forthcoming monthly ‘Policing Within The Community’ meeting.

“If anyone has relevant information and are reluctant to go directly to Police, they can pass this on through our office.”