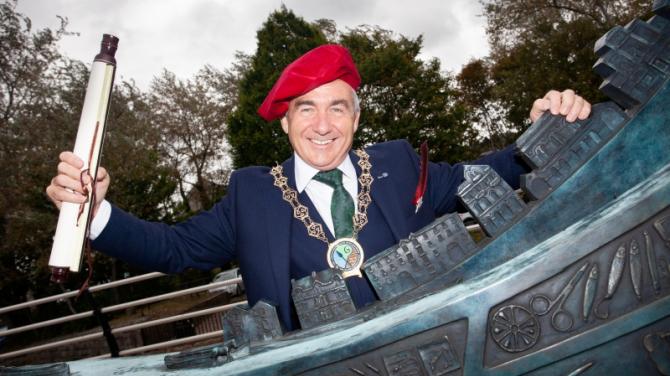 THE City of Merchants Festival has been confirmed as returning to Newry on Friday and Saturday November 2-3 .

A celebration of the city’s merchant, maritime and industrial heritage that will feature theatre performances, street entertainment, foodie delights at the much-loved Twilight Market, and historical tours taking an irreverent look at the collection of Newry and Mourne Museum.

Now in its second year, the City of Merchants Festival will once again thrill audiences with a spectacular firework display on Friday November 2 at 8.30pm (with the best viewing area along Fathom Line).

Also, on Friday, festival-goers will be treated to music, entertainment and scrumptious scran at the Twilight Market from 5pm–11pm at Newry Variety Market in John Mitchel Place and are encouraged to walk across to the viewing area for the fireworks.

There will be a carnival atmosphere before and following the fireworks display, with lights, fire and pyrotechnics for all to enjoy.

This year, as part of the festival, the Walking Tours of Newry will have a railway theme, coinciding with Newry and Mourne Museum’s forthcoming exhibition on railway transport.

Also, in Bagenal’s Castle will be a banquet with themed entertainment. Please check out our website www.visitmournemountains.co.uk for more details on how to book your place.

Local businesses are again getting on board with the fun and antics of street theatre, as well as offering discounts and with many creating festival themed dishes over the weekend. The waterways will be enhanced by the arrival of tall ships which will offer on-board entertainment and sailings on Saturday 3 November.

The City of Merchants Festival is the final event in the Giant Adventures 2018 season programme, delivered by Newry, Mourne and Down District Council across the district, which included the events of Footsteps in the Forest, Skiffie Festival, Festival of Flight and Wake the Giant.

Speaking at the launch of the City of Merchants Festival, Councillor Mark Murnin, Chairperson of Newry, Mourne and Down District Council, said, “City of Merchants marks the culmination of our annual Giants Adventures season.

“Across the district throughout the summer, I enjoyed the diversity of experience offered by these events which celebrate and showcase the beauty and creativity of our people and place.

“I am really looking forward to the last Giant Adventure Festival, City of Merchants.

“ The fireworks display is going to be something special and as the skies above the city light up I can’t wait to join the crowds for a memorable display.

“This festival celebrates Newry and how the history of the place has always been linked to trade, transport, and industry”.

The City of Merchants Festival is supported by Tourism NI.