All signs point to Newry for stand-up guy Neil 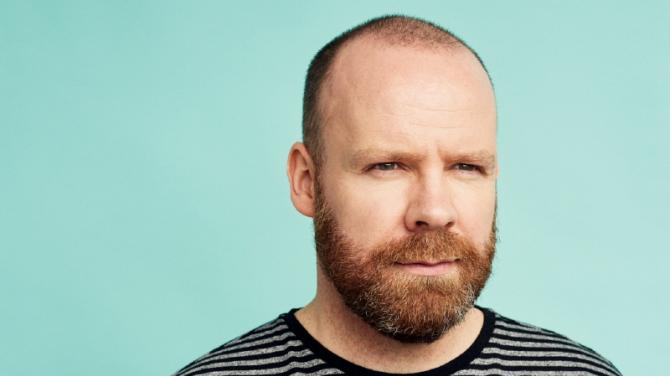 ONE of Neil Delamare's favourite jokes is about Newry.

The Offaly man, who is coming to the Canal Court hotel on November 16 with his new show, was a young comic and at a gig in the city one evening. He had been closely observing his surroundings.

“But I remember very early on doing a joke about everything being slightly more threatening above the border than below the border.

“And there's a road sign halfway down a hill in Newry that says: 'Try your brakes'.

“And I still enjoy doing that joke – people sometimes ask me about stand up and if you had to - would you do stand up, or radio, or television for ever more.

“It would always be stand up – it's the first love and the other things feed into that.”

The new show, for which Delamere was described as: “one lean, mean, comedy, killing machine” by Scottish newspaper The Herald after an Edinburgh Festival appearance, is called Controlled Substance.

I asked him what it is all about.

“I also have this theory that all of us just want enough money to be able to tell everybody else to sod off. That's all we want, and that's why it annoys us when people win the lotto and they go: 'Oh, I'd still work'.

“I wouldn't even finish this phone call if I won the lotto, and that's no disrespect to you!

“But you'd ask me the next question and you'd hear a dial tone and then some music from Acapulco or somewhere.”

Controlled Substance had a decent run at the Edinburgh Fringe Festival, and Delamere is feeling match fit ahead of a 50 date around Ireland.

“The great thing about doing a show in somewhere like Newry just after you've done Edinburgh is that you've done 25 or 30 nights,” he said.

“So it's sharp and it's honed at that point, and if there was ever a point where it's going to be a lean, mean, killing machine – that's the point hopefully.”

Delamere is best known in these parts for being one of the panellists on topical comedy panel show, the Blame Game. He has featured alongside Tim McGarry, Colin Murphy and Jake O'Kane for 13 years now. It is a show that is very dear to him.

“The great thing about the Blame Game is that it's very close to stand up, in that it's not like sketches or a sitcom where you have to re-set and there's no live audience and you have to do the line again and all the rest,” he said.

“The Blame Game is as close to live stand up as you'll get on television and I think that's why we all enjoy it as much.

“And I think obviously in these weird political times, it almost writes itself so that's kind of a joy as well.”

I am happy to report that Neil Delamere is warm, friendly and great fun to talk to. Just as you'd expect really. He is also as sharp as a box of tacks, and I, for one, am really looking forward to being royally entertained on November 16.

He will also be performing in the Marketplace Theatre, Armagh, on January 4 and 6, and Down Arts Centre on March 3.

For ticket and tour info for Controlled Substance, visit www.neildelamere.com/gigs