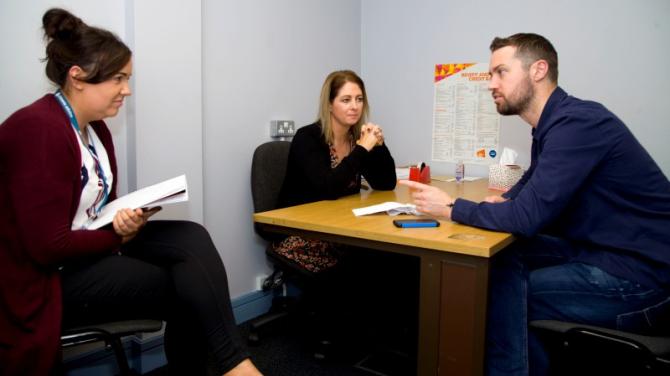 THE Citizens Advice Bureau (CAB) are campaigning to have benefits appeals removed from Newry Court House and relocated to a neutral venue.

Kellie Murray, Manager of CAB in Newry believes that staging the meetings in a Court House has the effect of criminalising people who are merely attending an appeal for a lost benefit, and has urged the Appeals Service to return the hearings to an impartial, less intimidating venue.

Kerrie said that ordinary people are being subjected to the ordeal of the Court House simply for appealing a decision made to cut their benefits.

“All they've done is lose their benefits,” said Kerrie.

“You have to go in and be put through security. The person is maybe disabled, they have maybe had a benefit that you were entitled to, have lost it and are going there to put your case forward.

“These are mainly vulnerable people with a disability, mental health problem or a physical disability.

“Not only that, but the hearing in Court 5, which is right at the end of the corridor. Now to get the Personal Independence Payment (PIP) you have to be able to walk no more than 20m, so straight away, if you've walked through that door into Court 5, that's putting your benefit at risk.”

Danielle Morris, Tribunal Representative for the CAB Newry - who represents those who have lost benefits in appeals hearings - told the Democrat the stigma associated with walking through the courthouse's doors can be traumatic for benefits claimants.

Danielle said that a recent, highly-publicised court case was ongoing as her and her clients walked in for an appointment, thus exacerbating the ordeal for a person appealing for a lost benefit.

“When we arrived at the car-park across the road they [media camera crews] were there, basically recording them in and out. It's the fact that they were on camera to go for something like that.”

The fear the courtroom instills is enough to put some genuine claimants off going through the convoluted appeals process, said Kellie.

She said, “Because the Court House is mentioned at all, people think they've done something wrong immediately. People who are afraid would maybe withdraw their appeal and not bother going, or not bother doing it.”

Danielle is concerned that the open-plan nature of Newry Courthouse compromises people's confidentiality.

“It is meant to be an informal process because it's a benefits appeal,” she said. “They're not up on criminal charges but it's that impression that they're going there and before they've even got into the room they've had to walk through security.

“The other major issue is client confidentiality because when you go to a PIP appeal your medical records are there on the day.

“But because they're listing so far in advance – you're talking two to three weeks – they don't know what's coming up on a criminal aspect because a lot of that's put in at short notice, so there's no measures for the people who've had their appeals listed for two to three weeks.”

Kerrie believes that, as a community building, Ballybot House should be reinstated as the venue for all benefits appeals hearings.

“The appeals have been here in Ballybot House for years – just leave them here,” she said.

“It's not just in Newry, it's throughout Northern Ireland that the Appeals Service are moving away to use court houses other than independent buildings, and the rent doesn't cause that much in the scheme of things for a community building.”

Danielle added: “Since this is a community building people won't get the same perception as when they're walking into a court house – they could be in here for anything.

“Plus we've got disabled access, you walk in and there's lift, so you would only have to walk a couple of metres before you're in the appeal room. The rent of the room is minimum,” she said.