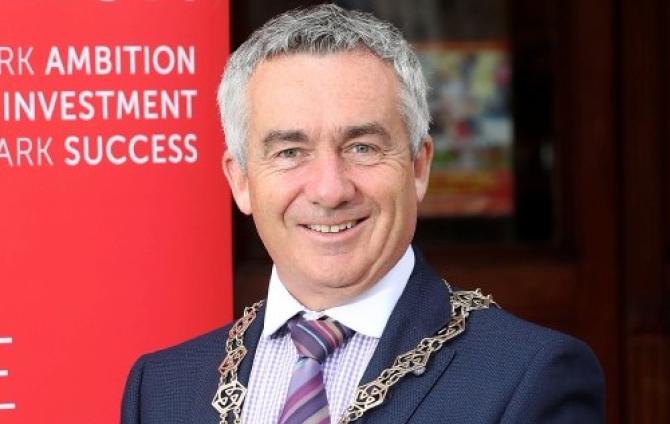 NEWRY, Mourne and Down District Council has welcomed the £350 million investment from the Treasury as part of the Belfast Region City Deal (BRCD).

As part of the deal, which was confirmed yesterday by Chancellor Philip Hammond, the NI Executive is expected to add at least a further £350 million and councils will contribute over £100 million.

It is hoped the deal will create up to 20,000 new and better jobs alongside delivering a 10 year programme of inclusive economic growth – including an increase of £470m Gross Value Added (GVA).

It is also anticipated that direct investment from the private sector will take the overall package for inclusive growth to well over £1 billion.

Newry, Mourne and Down District Council Chairman, Councillor Mark Murnin said: “We are delighted with the announcement of £350 million investment from Treasury announced by the Chancellor of the Exchequer in yesterday’s Autumn Budget, which secures a City Deal for the Belfast Region.

“We have been working intensively with our BRCD partners to secure a package of co-investment that will deliver a significant boost to the local economy in terms of inclusive economic growth and job creation.
“As a council region, we will benefit directly through investment in infrastructure.

“Over the coming weeks, we will be finalising our programme of investment with partners.

“A Heads of Terms document will then be signed by the Secretary of State and BRCD partners, to allow full business plans to be prepared for our proposals and investment to be released.

“Our local proposals are the development of the Southern Relief Road linking the A1 bypass of Newry City with the A2 Warrenpoint dual-carriageway; Regeneration in Newry City, and investment in tourism-led regeneration through the development of our Newcastle Gateway to the Mournes project - an initiative aimed at redefining the visitor destination experience associated with the Mourne Mountains and coastline.

“We will also benefit through investment in the provision of a focused education, employability and skills programme and believe that this Belfast Region City Deal will raise our potential as a global investment destination, while ensuring that we make a positive difference to those living in our most deprived communities.”

Commenting on the Chancellor’s announcement he said: “As a Chamber, we hope the investment of £850m across the six District Councils will unlock key infrastructure projects for the Greater Newry Area, including the Council’s ambitious city centre regeneration projects, investment in tourism and the Southern Relief Road.

"Combined with recent jobs announcements from local businesses, this is further positive news for our local economy.”

It’s underpinned by infrastructure developments to connect people to jobs and services.

It’s anticipated that once the programme is finalised, a Heads of Terms document will be signed by the Secretary of State and BRCD partners in the next few weeks.

This will allow full business plans to be prepared for the projects proposed under the Belfast Region City Deal and release the investment.

BRCD partners fully support other deals for NI and will work to ensure that they are complementary to one another.

For more information on the proposed programme of investment, go to www.belfastcity.gov.uk/belfastregioncitydeal and follow #BRcitydeal on Twitter.