ON TOP OF THE WORLD! 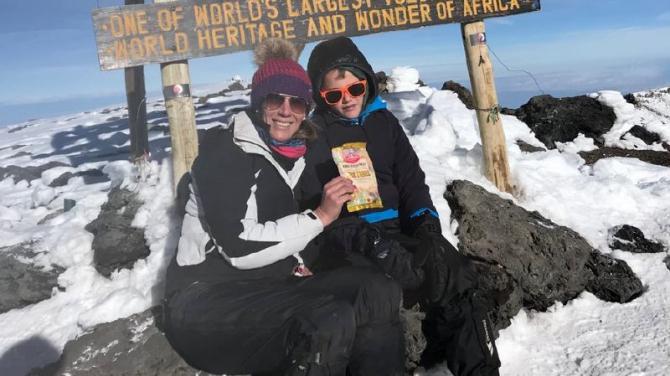 THE 11-year-old son of intrepid explorer Terence ‘Banjo’ Bannon has told the Newry Democrat of his delight at becoming the youngest person to reach the peak of Mount Kilimanjaro.

Despite feeling sick on the ascent, he said that he felt spurred on by the fundraising efforts in aid of the Northern Ireland Children’s Hospice.

He said: “Half an hour into it I started to get really sick from the altitude. My mum asked me if I wanted to go back multiple times, and I just said 'I can't'.

“I just thought 'no' because then I'll never hear the end of it if people were saying 'How'd you not get to the summit?'

“I was thinking of the children in the Hospice and knowing who I was raising for. I thought that getting to the summit would make people raise more money for them.”