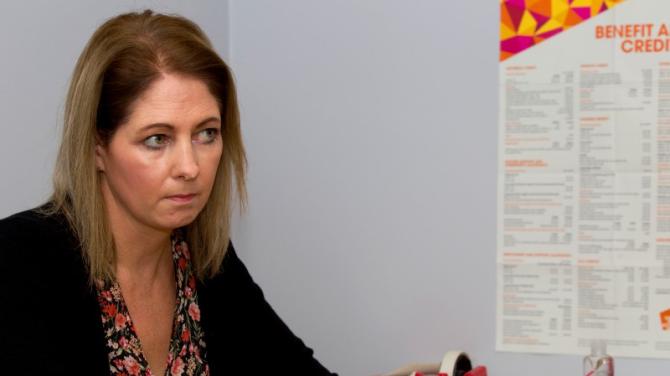 THE roll-out of the Government's Universal Credit benefit payments this year has “definitely” left people in the Newry area worse off, according Citizens Advice.

Kellie Murray, Senior Coordinator for Newry Citizens Advice, said that since its introduction in Newry in May, Universal Credit has been a wholly unsatisfactory experience for people in this area.

Universal Credit superseded six different ‘legacy’ benefits and an rolled them into a single payment, however, Kellie says that delays in payments mean that many people start their claim indebted through no fault of their own.

“It replaces what you would call the legacy benefits and we're sure that it's not a good experience for the customer,” said Kellie.

“It's not a good client journey from when they have to make the claim to when they actually get paid - we haven't found anything really good about it.

“Basically you start your claim in debt, and then you go and make your claim online. For anybody who is vulnerable they can go to their local Jobs and Benefits office and get help to do it, but again, they need an email address and a mobile phone to do it.

“From when you go to make your claim it's six weeks before you get anything and you're given the option of getting an advance payment. Most people choose that and then that's taken off your benefit every month, so there's your first debt.

“For six weeks you can't pay your landlord, you can't live. People are forced to take the advance payment and then that's deducted from their benefit for about a year.”

Kellie said that the one-size-fits-all system is a blunt instrument through which will cause many people - such as some severely disabled people – to lose out on essential money specific to their particular condition as a consequence.

She said staff in the Newry branch of Citizen's Advice had not had a good experience of Universal Credit applications.

Citing an example of disability premiums that have been scrapped, Kellie said that some people could be upwards of £90 per week worse off.

“We find that people are worse off. For example, somebody who has maybe been on DLA, lost their DLA and are appealing that benefit and therefore have lost their legacy benefits, has to make a claim to Universal Credit,” she said.

Kellie also said that, at present, the system unfairly hits families with more than two children.

She added, “That's going to change in February, but at the minute anybody that has three children can't claim Universal Credit. They have to claim tax credits.”