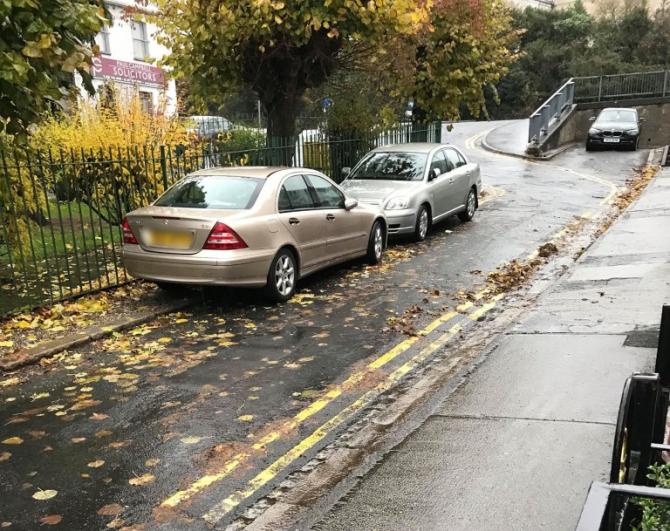 THE Department of Infrastructure (DfI) has told the Newry Democrat that they will consider making the St Colman's Park area of Newry one way.

In this week's paper, we ran a story about an elderly lady who recently slipped and fell outside her daughter's house at St Colman's Park.

Aine Ní Ruanaióh told us that her 86-year-old mother was being taken back from day care at around 5.30 in the evening, when the accident occurred.

Mrs Ní Ruanaióh attributed the fall to wet leaves, and a broken kerb. She also told us that the street lighting in the area is poor.

Furthermore, she told us that the street is frequently used as a shortcut, and that in order to reduce traffic in the area, it should be closed off at its junction with Abbey Way.

In a statement, a Department for Infrastructure (DfI) spokesperson said: “The Department is considering traffic management in the St Colman’s Park area as part of the public realm scheme in Newry City which Newry, Mourne and Down Council are developing.

“Consideration will be given to the introduction of a one way system as part of this. If any change is introduced it would be subject to the successful completion of the required legislative process.

“The kerbs at St Colman’s Park were inspected on 8th November and no actionable defects were recorded at this location.
“No street lighting defects have been reported however consideration may be given to up-grading the street lighting in St Colman’s Park as part of the public realm scheme.”
DfI also told us: “Street cleansing, including the sweeping of leaves is the responsibility of the council.”