Deal is a step in the right direction: Chamber 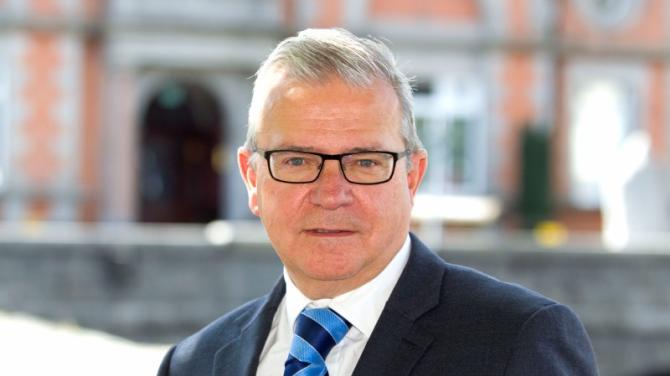 THE Newry Chamber of Commerce and Trade has welcomed the proposed Brexit deal as “a move in the right direction”.

Last week Prime Minister Teresa May published a 585 page draft withdrawal agreement. This, and a declaration on future relations between the UK and EU, are due to be finalised at an EU summit next Sunday.

The Chief Executive Officer of the Chamber, Mr Colm Shannon said: “From the outset of the Brexit negotiations, the Newry Chamber of Commerce and Trade’s position has been that we want to stay within the Customs Union and the Single Market. A no-deal Brexit is not an option and is a risk to jobs and to our economy.

“The Withdrawal Agreement between the UK and the EU is a move in the right direction. It should ensure that our businesses and retailers can continue to operate largely as they do at present.

“The agreement on a transition period up to 2020 with a possible further extension will also bring further clarity and certainty for local businesses.”

Mr Shannon also described the proposed backstop position – which will aim to maintain an open border on the island of Ireland in the event that the UK leaves the EU without securing an all-encompassing deal – as “an important insurance policy”.

But he added that although the agreement represented progress, there was concern at the high level of political uncertainty.

“The Agreement still has to be signed off at the EU Council meeting on November 25 and by the UK Parliament next month,” added Mr Shannon.

“At all costs we must avoid a no deal Brexit and the possibility of a hard border. We would encourage our politicians to work in partnership to deliver what is best for our area.”

Meanwhile, SDLP Assembly Member for Newry and Armagh Justin McNulty lamented what he called the “political shenanigans” taking place in London and called for “cool heads” in the weeks ahead.

“This week’s draft agreement between the UK and the European Union offers a sensible compromise for all concerned,” said Mr McNulty.

“In an ideal world there would be no Brexit. However, for now we need to bank the backstop as it safeguards the Good Friday Agreement, it protects the economy of this island and most of all, it is a sensible way forward.

“To crash out of the European Union would be disastrous for this region, for Ireland and indeed for these islands.

“Key and credible voices from industry, agriculture and the economy here have given the draft agreement a cautious welcome. It safeguards the interests of this region.’

“However, I really do worry about the unfolding political shenanigans in London. Some appear to be hoping for a crash and burn exit from the European Union no matter what the consequences may be.”

The MLA stressed that what was needed in this region was “strong, common sense political leadership”.

“We all need an Executive and Assembly up and running that represents our families in relation to health, education and welfare,” he said.

“I would appeal for cool heads, and urge political leaders to stop the rabble rousing rhetoric and step back from the brink.