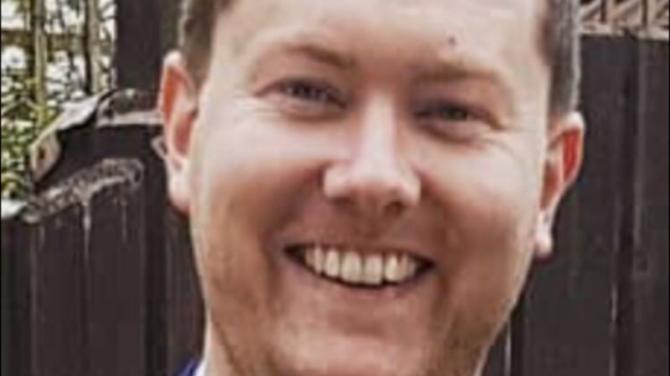 THE petition calling for the completion of road improvements on the A1 dual carriageway is less than 400 away from its 10,000 target.

Ciara Sands, who lost her boyfriend Karl Heaney after an accident on the A1 in May, opened the petition less than two weeks ago and said she was thrilled with the response.

Karl was just 27-years-old when he lost his life in a road traffic collision close to the junction of the Halfway Road between Banbridge and Dromore.

It is now hoped that the petition can be presented to the Department for Infrastructure (DfI) and questions can be asked regarding the A1's safety.

“We want to get some answers out of them, such as when the road improvements are going to be done and why has it taken so long,” Ciara told The Newry Democrat.

“We know the road is always going to be dangerous, there'll be dangerous drivers on it and other elements that you can't really account for but if this is taken out of the equation everyone could rest a bit easier knowing that it's not the fault of the road.”

Since the petition was launched, the Heaney family and Ciara have been approached by local political representatives but Karl's loved ones are still looking answers from the DfI.

However, responding to the hugely positive feedback the petition has drew, Ciara explained that they never thought they would have reached their 10,000 target so quickly.

“We thought it would have taken a lot longer but it has been great with the amount of people who have backed us and supported us,” she said.

“Even all the messages we're getting from other families who have been affected by it, like Eugene McNally's [who died on the A1 in 2015] daughters Linzi and Laura. They have been great in helping us and getting behind this.

Responding to the petition a Department for Infrastructure spokesperson said: “Every road death is tragic and the Department extends sincere sympathies to the family.

“Proposals to further improve road safety for all road users on the A1 are currently being developed.

“The Department is aware of the online petition and is willing to engage with the family to keep them updated with progress on the scheme.”

Meanwhile, on Sunday (November 18) the Newry, Mourne and Down Road Safety Committee held a memorial walk and candle tribute in Slieve Gullion as part of the World Day of Remembrance for Road Traffic Victims.

Karl's mother Monica spoke at the event, while Ciara and others handed out flyers informing people of their A1 safety campaign.

“It was a touching day because it was so personal and you know everybody that was there is going through the same thing that you're going through,” added Ciara.

If you have lost a loved one because of an accident on the A1 and want to get in touch with Monica or Ciara, or if you want to sign their petition, visit their Facebook page 'A1: How Many Must Die?'

You can also visit www.change.org and search for 'Completion of A1 Road Improvements' to sign the petition.

Turn to pages 14 and 15 to read part two of The Newry Democrat's three-week series into the safety of the A1 dual carriageway.