'Despicable' attack during burglary is condemned 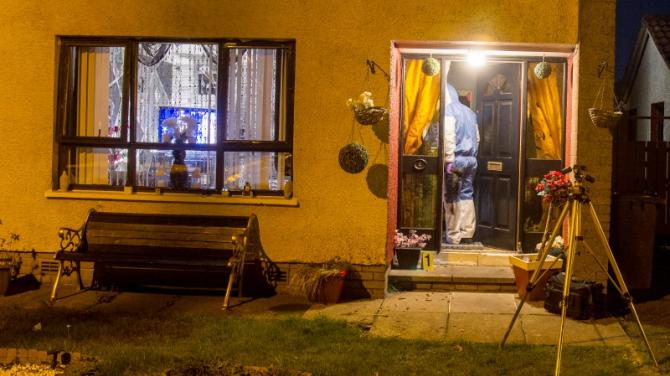 THE latest in a spate of burglaries, which saw a man being attacked by men wielding hammers, has been slammed as “despicable” by a local councillor.

Detectives are appealing for witnesses following the aggravated burglary on Rathmore Road in Newry on Saturday.

According to the PSNI, at around 4.30pm the 45-year-old male occupant of a house in the area answered a knock to the door.

Two males, carrying hammers, forced their way past the man and proceeded to assault a 24-year-old male who was in the living room. The male sustained injuries to his head, body and limbs as a result of the incident.

The two men who carried out the incident are described as wearing dark clothing and one is believed to have worn a dark coloured beanie hat.

They are believed to have made off in a dark coloured saloon car with dark, tinted windows.

Describing the incident as a ”despicable act”, SDLP councillor, Michael Savage, said, “With the recent spate of burglaries in the city, it's bad enough when it happens at night time but it shows that the people involved with this have no fear and are prepared to do anything to get their hands on cash at this time of year.

“I have been working closely as a PCSP member with the local Chief Inspector and his team to ensure that people in the locality around Carnaget, Barcroft and all the areas of the city report any suspicious activity because it's with co-operation with the police that we can get these people behind bars.

“My thoughts obviously go to the two men involved who suffered throughout this horrific attack. There's no place for that in our society. I thought we had left the days of thuggery behind us.

“I would ask anybody with any information or noticed anything suspicious in the Rathore area on the afternoon in question to contact 101, or, if they've any information they'd like to pass on to the PSNI through myself, I will happily do so.”