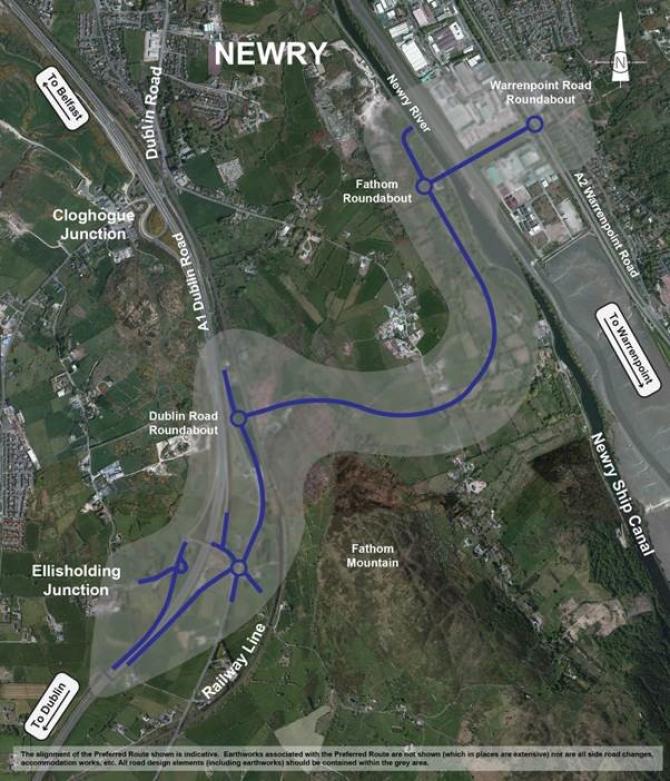 THE proposed plans for the Southern Relief Road.

NEWRY, Mourne and Down District Council has said “it is not in a position” to comment on a proposed lifting bridge on the Southern Relief Road as it is a Department for Infrastructure project.

In today’s Newry Democrat (Tuesday) we spoke to the PRO of Newry Maritime Association James McArevey regarding his concerns over the condition of Victoria Lock and Newry Canal.

Responding to Mr McArevey’s comments a spokesperson for the council said: “When the sea gate is open at Victoria Lock to allow boats in or out there is potential for silt to enter the lock chamber.

“In order to reduce this potential Newry, Mourne and Down District Council ensures that openings are carried out, as far as possible, close to high tide as the direction of the flow will be out of the chamber.

“The design of Victoria Lock also allows for excess water in the canal to be flushed through removing the build up of silt within the chamber.

“This process will also move silt close to the sea gate but will have no impact on the build of silt deposits further into river.

“Newry, Mourne and Down District Council maintains the waterway within Newry Canal from Victoria Lock to WIN Industrial Estate and this includes addressing the build up of weeds.”

Mr McArevey’s interview has been run in full in today’s Newry Democrat. On sale now.