'A man of many talents, and master of them all' 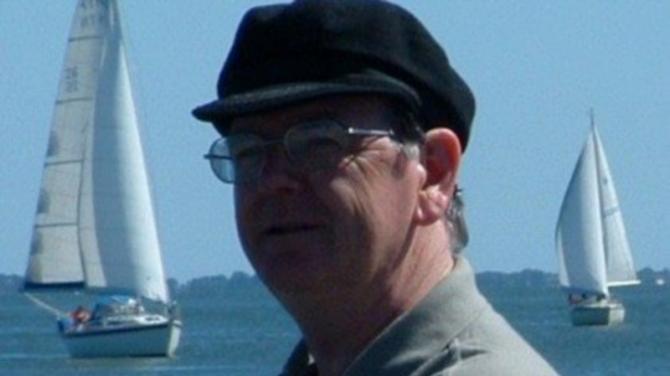 Michael served as a director of the station from its creation in 2005, and without his commitment and experience Newry simply would not have a local community radio station today.

The directors and volunteers of IUR-fm Community Radio described him as a true son of Warrenpoint and a great Gael.

Mr Durkin had retired to live in Omeath in recent years, from where he could, in his own words, “see the 'Point everyday”.

Mr Durkin was the founder of the Irish International Currach Association over a decade ago, which was responsible for the annual Currach Racing Championships on Carlingford Lough and has since forged links with Gaels across America who return each year.

It was a source of great satisfaction for him to see the blossoming of the local Currach Club in Warrenpoint, making the rowing of Currachs on the Lough a regular sight throughout the year.

By profession Mr Durkin was a school teacher, but spent most of his life working in the private sector.

He helped many local businesses thrive and expand during his time working with Newry and Mourne Enterprise Agency.

Later he led the NI Tourist Board's signature St Patrick's Project and was an expert in the life of the Patron Saint and as a result, lectured at the Smithsonian Institute in America.

But at heart, Mr Durkin was a poet, a songwriter and a raconteur. His poems and pints sessions with his friends were a highlight of many local festivals, at home and abroad, and his talent will live on in the songs, musicals and poems that he penned.

As a broadcaster, Mr Durkin was known on air as Mike Stevens (a throw back to his time on pirate radio) and for many years hosted IUR-fm's weekly Greenscene programme featuring the best in Irish traditional and folk music.

He was also one of the three 'Grumpy Old Men' who graced our schedule on IUR-fm for a number of years on Sunday afternoons, with Michael doing his best to keep the ramblings of Mattie James and Gabby Curran in check - it brought out the school teacher in him.

“We will miss so much Michael's great humour, his generosity of spirit, his guidance and his friendship,” the directors and volunteers at IUR-fm said.

“He was a wise man who brought his wisdom to the management and direction of our station.

“Perhaps most of all, Michael was one of those truly likeable people in life.

“He made great friends wherever in the world he found himself and he was an amazing ambassador for our local area. He was quite simply, a true gentleman.

“To his family we extend our very deepest sympathies, and we express our grateful appreciation for the lasting contribution he made to our station and our wider community.